Milby High School has achieved Leadership in Energy and Environmental Design (LEED) Silver certification for its new building, which was constructed as part of HISD’s 2012 Bond Program.

Developed by the U.S. Green Building Council, LEED certification provides independent verification of a building’s green features and is the most widely used green building rating system in the world.

Green schools offer improved air quality, lighting, temperature control, and acoustics, as well as reduced operating costs — all of which enhance the overall learning environment and have been shown to boost student health, test scores, and faculty retention. END_OF_DOCUMENT_TOKEN_TO_BE_REPLACED

Wish you could get the latest information and updates on construction progress at your child’s school? Now you can. Just follow @Build_HISD on Twitter, and you’ll have all that information at your fingertips.

The new page was launched last month to provide families with quick and easy access to the latest information — photos, videos, project updates, meeting recaps — about 2012 Bond projects across the district.

Follow us. Re-tweet us. Tag us with your questions. Or tweet your own construction photos, and we can retweet you. You can also look for and use our hashtags #BuildHISD, #2012Bond, and #BuiltForLearning. END_OF_DOCUMENT_TOKEN_TO_BE_REPLACED

The Houston Independent School District’s Bond Oversight Committee got an inside look at the new Milby High School while touring the campus as part of their regular quarterly meeting on Tuesday.

The eight-member group got to see 21st century learning in action as they made their way through the dining commons, library, gym, and various classroom spaces, including the welding, science, and culinary arts labs.

They also walked through the large central courtyard and got to see the historic main entrance, which now leads to a park-like green space. END_OF_DOCUMENT_TOKEN_TO_BE_REPLACED 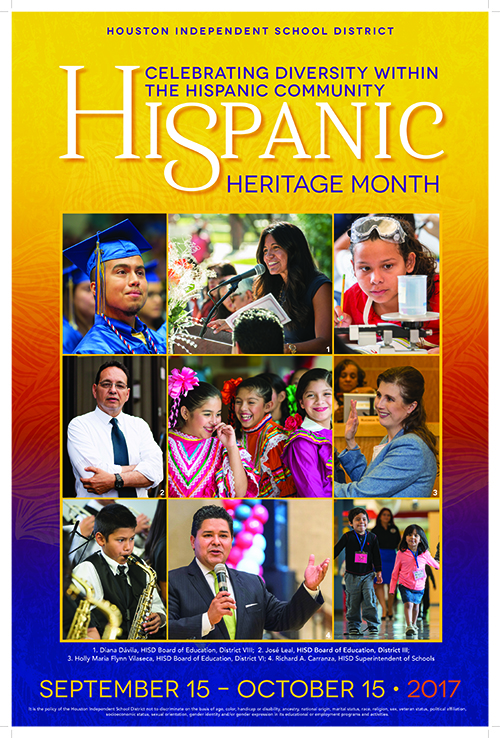 The Houston Independent School District is celebrating Hispanic Heritage Month, which runs Sept. 15- Oct. 15, to recognize the contributions made by people of Hispanic and Latin American descent and their heritage and culture.

HISD includes 22 schools that recognize the contributions of Hispanic civic and community leaders, who range from educators and civil servants to local restaurateurs, newscasters, Congressional Medal of Honor recipients, and even Nobel Prize-winners.

Hispanic Heritage Month begins on Sept. 15 because that is the anniversary of the independence of Costa Rica, El Salvador, Guatemala, Honduras, and Nicaragua. The month also encompasses the independence days for Mexico (Sept. 16) and Chile (Sept. 18), as well as Columbus Day (Sept. 12), also known as Dia de la Raza.

Hispanic Heritage Month started as a week in 1968 under President Lyndon B. Johnson, but President Ronald Reagan extended it to a month in 1988.

Sept. 14 2017 – In its first regular meeting since Hurricane Harvey, the Houston Independent School District Board of Education Trustees will consider a proposal to make up instructional time lost because of the storm.  The Texas Education Agency approved waivers that exempt students from making up the first nine days the storm took away.  However, students at the 12 schools that suffered the most significant damage will have to make up any lost time beyond those days.

Here’s how the proposed plan works:  Students at the four schools scheduled to start on September 18 would be in school for 25 additional minutes every day.  Students at the eight schools scheduled to start on September 25 would go for an extra 55 minutes.  That extended school day would be effective from their first day of school until the end of the first semester in December. END_OF_DOCUMENT_TOKEN_TO_BE_REPLACED

Footsteps echoed throughout the hallways of the new Milby High School as students flowed into the building on Monday for the first day of the 2017-2018 school year.

Principal Roy de la Garza said he and his staff were excited to spend the first day in the school after so much time away. For the past three years, Milby High School students and staff have been temporarily located at the old Jones campus to allow for construction of their new school, which was part of the 2012 Bond.

“It’s so much nicer to be back in the neighborhood,” de la Garza said, admitting that he was overcome with emotion after walking the building on the first day and seeing his students in their new classrooms for the first time. “It’s so good to have them here.”

END_OF_DOCUMENT_TOKEN_TO_BE_REPLACED

The “Southside Takeover” featured Carranza at the helm of a parade with students, staff, and parents from Worthing High School, along with various other campuses in the south area, and a resource fair for families with free immunizations, school supplies, backpacks, uniforms, food, and entertainment. END_OF_DOCUMENT_TOKEN_TO_BE_REPLACED

Current and former Milby Buffs filled the new school as the Milby Marching Thunder Band and Charlie’s Angels pumped up the crowd at HISD’s largest ribbon-cutting ceremony to date. Shiny gold and blue decorations adorned the large learning commons area, which showcases a combination of new construction alongside the historical front façade of the school.

END_OF_DOCUMENT_TOKEN_TO_BE_REPLACED 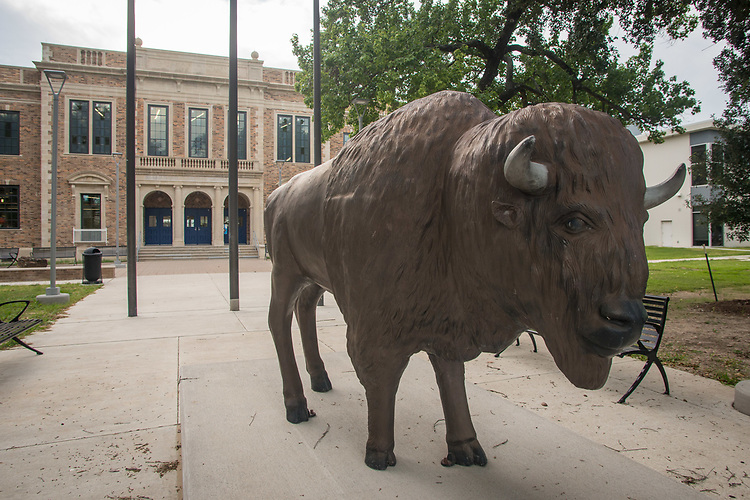 The historic, front-facing main building has been transformed into a bright, open student-union-style space with a dining commons, learning commons, and floor-to-ceiling windows looking out onto a large courtyard. END_OF_DOCUMENT_TOKEN_TO_BE_REPLACED