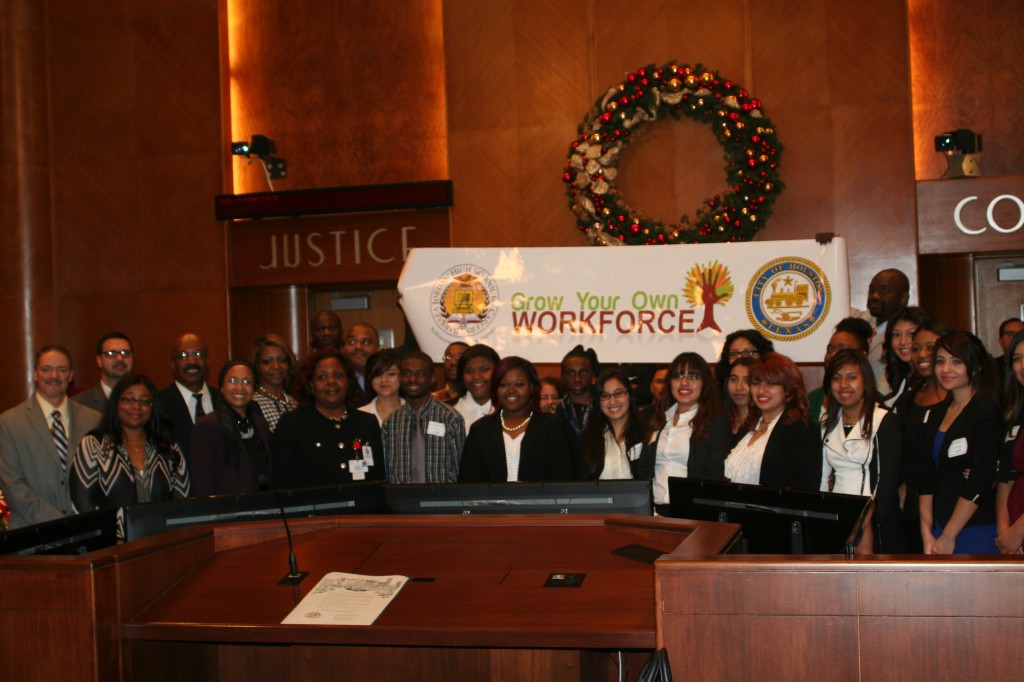 Twenty-one seniors from Barbara Jordan High School for Careers were recognized Tuesday, Dec. 9 by the City of Houston for their commitment to job shadowing with more than 10 city departments to get a comprehensive look at what it takes to provide services to residents of the nation’s fourth largest city. END_OF_DOCUMENT_TOKEN_TO_BE_REPLACED

Teenage girls at Jordan High School had the opportunity Friday to meet with about 40 female professionals to learn about careers in the property development field that they may choose to pursue.

END_OF_DOCUMENT_TOKEN_TO_BE_REPLACED 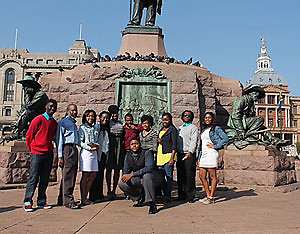 Almost a dozen students from HISD’s Jordan and Wheatley high schools forged new relationships with their contemporaries from around the globe last month when they traveled overseas as part of a program designed to cultivate “friendships across borders.”

The students briefly visited the Netherlands before heading to South Africa through the International Youth Friendship & Development Program, whose mission is to connect young people with their peers from other countries to build mutual respect and understanding, with the ultimate goal of someday achieving world peace.

END_OF_DOCUMENT_TOKEN_TO_BE_REPLACED 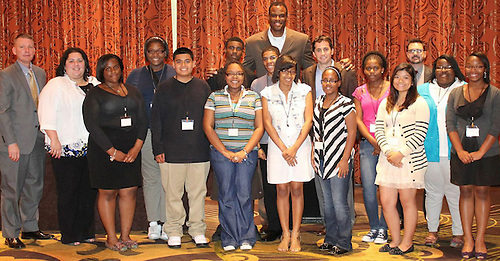 NBA Hall of Famer and philanthropist David Robinson is partnering with the University of Houston’s Hilton College, Hilton Worldwide and American Liberty Hospitality to create a scholars program that will provide HISD high school students with a pathway to a degree and career in the hospitality industry. The Admiral Hospitality Scholars (AHS) program was announced by Robinson at a kick-off event on May 20 on the University of Houston campus.

END_OF_DOCUMENT_TOKEN_TO_BE_REPLACED 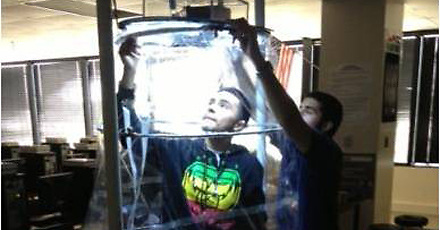 Multiple Houston ISD schools are partnering with NASA to allow students the opportunity to produce equipment and apparatus for the space agency.

The HUNCH program, or High School Students United with NASA to Create Hardware, is in its tenth year and has expanded to 13 states. In the program, based out of the Johnson Space Center, students to use their skills in science, engineering, technology, and mathematics to build various devices.

END_OF_DOCUMENT_TOKEN_TO_BE_REPLACED Texas A&M junior Marquis Alexander, who graduated from HISD’s Barbara Jordan High School in 2007, will become commander of the university’s Corps of Cadets – the oldest student organization on campus. According to the Associated Press report:

Nearly a half-century after African-Americans were admitted to predominantly white Texas A&M University, a black student has finally reached the pinnacle of one of its signature organizations.

Marquis Alexander next school year will become commander of A&M’s Corps of Cadets, a high-profile post that involves establishing the cadets’ dress codes for their military-style uniforms and setting their daily schedule, including physical training that can begin before dawn.

According to the AP, Alexander grew up in Houston’s Third Ward. He applied to Texas A&M but enrolled in the Marines while waiting for his acceptance letter to arrive. (He was accepted, but found out after committing to the Marines. He enrolled in the university a year and a half later.) Michael Graczyk writes:

He acknowledges becoming the “face of the university” and he hopes to participate in efforts to encourage people from areas like his at home to make something positive of their lives. … “I hope to serve as a beacon of hope that: Hey, you can do this too.”

For the complete story and photos of Alexander, click here.