Construction at Lawson Middle School is more than halfway complete with the installation of the roof and testing of the heating and cooling system well underway.

Lawson Principal Kasey Bailey said she’s happy with the construction progress and is looking forward to opening the new school next year.

“I’ve walked the building twice, and it’s definitely coming along,” Bailey said. “Since we are a fine arts magnet, I’m really looking forward to celebrating the arts.”

END_OF_DOCUMENT_TOKEN_TO_BE_REPLACED 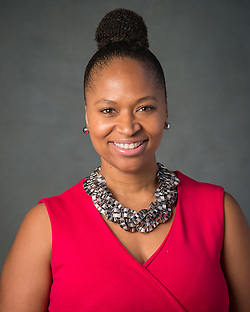 Kasey Bailey has been selected as the new principal of Lawson Middle School. Bailey is currently the principal of Foerster Elementary School. She began her career in 2004 as a middle-school English Teacher and served as assistant principal at Barbara Bush Elementary School and Worthing High School. Bailey received her bachelor’s degree in Communication and Journalism from Stephen F. Austin State University and her master’s degree in Administration and Supervision from the University of Houston–Victoria.

Huge smiles could be seen throughout the Lawson Middle School courtyard as students headed outside to scribble their signatures on what will be the final beam to be erected as part of their new school.

The southwest Houston middle school is among 40 schools being renovated or rebuilt as part of the 2012 Bond program. The signed beam will be the last piece of steel installed, as the $59 million project is nearly one-third of the way complete.

“We are overjoyed at the feeling of knowing that the school is on the mark to be completed by the end of the school year,” said Lawson Principal Tynette Guinn. “The kids are excited to be a part of history.”