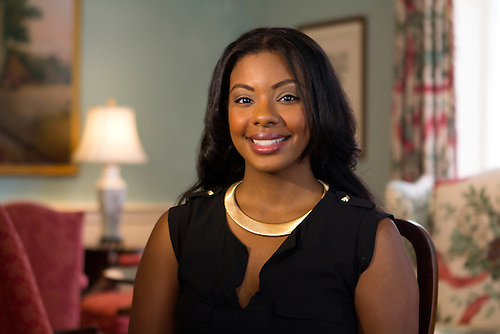 Alexandrea Oliphant has a secret to getting her kids interested in science. “I try to key in on whatever it is they’re really interested in and we start from there,” said the seventh-grade science teacher from Pershing Middle School.

Oliphant’s determination to engage students where they are is one reason she was selected as the first-place winner in KBR’s fourth annual science awards initiative on May 24.

The annual contest was created in 2009 to recognize new and effective models of instruction that emphasize the scientific method and critical thinking skills. Participants are challenged to create engaging lessons about earth and space science, force and motion, physics, and chemistry that are aligned to the state curriculum, using a framework based on the “seven Es”: elicit, engage, explore, explain, elaborate, evaluate, and extend.
View more photos from the KBR Science Teacher of the Year awards

These seven steps are an integral part of the KBR Science Awards program, which was developed as a partnership between the district’s Secondary Science Curriculum Department and KBR, an international engineering firm headquartered in Houston.

Oliphant helps her students understand how humans turn food into energy by taking them on a virtual tour of the alimentary canal. “We start with eating and talk about how much we all like to do that, then they learn the structure and function of the organs by taking a walk along the digestive system,” she said.

As KBR’s Science Teacher of the Year, Oliphant won a cash prize of $6,000. Samuel Saenz, a physics teacher from East Early College High School received $4,000 as the second-place winner and Pin Oak MS’s Irene Fong received $2,000 as the third-place winner.

The other finalists this year were: Sara Campbell (Jordan HS) and Usha Devathose and Maria Paloma Garner (both from Davis HS).