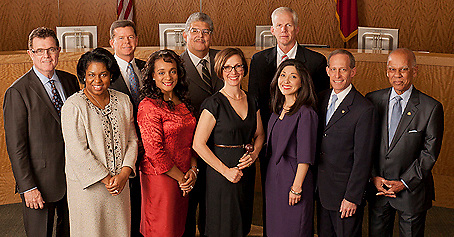 The Houston ISD Board of Education will meet Thursday, June 20, 2013 to consider adopting a $1.62 billion budget that includes $20 million to tutor more students at struggling schools across the city while ensuring that HISD continues to offer the lowest tax rate among the two dozen school districts in Harris County.

The budget proposal also includes an additional $5 million for campuses to spend meeting their unique needs.  The proposal does not include money for employee salary increases.

Earlier this year, HISD finance officials predicted that the property tax rate might have to increase by as much as 6 cents per $100 assessed value. But because of increasing property values and the Texas Legislature’s decision to restore a portion of the deep cuts that were made to public education in 2011, the HISD administration is now proposing a 2-cent rate increase. Raising the HISD property tax rate by two cents would generate about $20 million in local revenue, while also providing the district with an additional $5 million to $7 million per year in state funding.

The Board’s meeting begins at 5 p.m. Thursday with a public budget hearing in the board auditorium of the Hattie Mae White Educational Support Center (4400 West 18th St., 77092).  The meeting will be carried live on HISD’s website and on the HISD Channel, which can be found on Comcast Channel 18 or AT&T Channel 99.

To better understand HISD’s budgeting process, including how the district is funded and how funds are spent, watch the short video below. For other resources, visit www.houstonisd.org/budget.