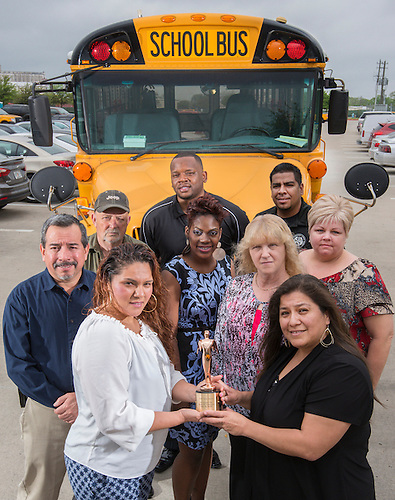 In honor of National School Bus Safety week in October 2013, the HISD Transportation Department created a music video that covered such topics as proper boarding procedures, how to sit on a bus and the importance of reporting bullying. Students from Peck Elementary School, Yates High School and the High School for the Performing and Visual Arts were included in the video, along with district bus drivers and attendants. The district’s multimedia team filmed the video. The video has received more than 38,000 views on YouTube.

“This educational safety video was fun to make and well received by our community during National School Bus Safety week,” said Chester Glaude, HISD’s transportation operations manager. “Being recognized for this bus safety message is reason for everyone at HISD to be proud.”