The HISD Board of Education will consider Thursday naming a new elementary school being built in the West Houston area after former Texas Gov. Mark W. White Jr., who served in office from 1983 to 1987.

The school had been dubbed “Relief Elementary School,” as planning and design moved forward under the 2012 bond program. Construction of the new 86,422-square-foot school will begin later this year on Old Farm Road between Buffalo Bayou and Westheimer Road. That area of the district has seen rapid growth in recent years, and HISD administrators hope the new facility for 750 students will bring relief to other area schools with booming enrollments. Those schools are Briargrove, Emerson, and Piney Point elementary schools, and Pilgrim PK–8 Academy.

A committee, which included community members representing those four schools, was formed to recommend a name for the new campus.

“It is only appropriate that we name the new school after a Texas governor who has done so much for education reform during his time in public office,” said Superintendent Terry Grier. “He also has the unique distinction of being the only Texas governor who was educated in HISD schools and whose mother taught here for 27 years.”

During his time in office, White passed the Educational Opportunity Act (EOA) which is credited with helping to boost SAT scores and increase teacher salaries. Among other reforms, he enacted health insurance benefits for retired teachers and ensured students had passing grades before they participated in extracurricular activities — the policy known as No Pass No Play. 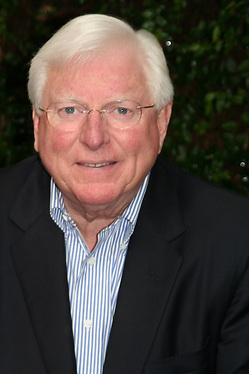 White graduated from Lamar High School in 1958 after attending both elementary and middle school in HISD. He then attended Baylor University in Waco, where he received a degree in business administration and a doctor of jurisprudence.

White’s family ties to HISD are extensive. His cousin, Jennie Katherine Kolter, taught many years at Poe Elementary and was killed saving children in a 1959 bombing that left five people dead and 19 injured. Her service was honored the following year with an elementary school that bears her name. His sister, Betty Stone (White) Gerlach, taught Texas History at Lanier Middle School until her retirement several years ago. His son graduated from Lamar High School and his three grandsons are currently attending HISD schools. His uncle, Stone “Red” Wells also served on the school board in the early 1950s.

“HISD holds a special place in the hearts of my family,” White said. “It’s truly an honor to have a school named after me, especially this new 21st century facility that will provide our students with the very best education in preparation for middle school and beyond.”

The new $23.4 million school is being designed by English & Associates with the Construction Manager at Risk firm of DivisionOne. Over the past year, a group of HISD administrators, teachers, community members and facility planners have been regularly meeting to develop the vision for the new school and to ensure the design meets the educational needs of students.

The new school, scheduled to open in August 2016, will not have an attendance zone; instead, students will apply and priority of enrollment will be given to students residing in the Briargrove, Emerson, Piney Point and Pilgrim PK-8 attendance zones. If more students apply than can be accepted in any grade level, a lottery drawing will be held to select the students to attend the new school.