Houlihan, who has been with HISD since 2010, previously served as chief major projects officer, school support officer, and principal of Parker Elementary School. Before joining HISD, he served as assistant director of the Leadership Development Center in the Austin Independent School District and the director of the Education Leadership Institute at the International Center for Leadership in Education in New York. He began his career in North Carolina as a second-grade lead teacher at AB Combs Leadership Magnet Elementary School in Raleigh, N.C. 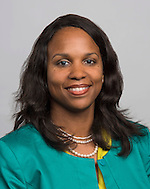 A veteran educator and administrator, Huery Hardman joined HISD earlier this year as assistant superintendent of HISD’s Futures Academy and was moved to chief high School officer in May. She began her career in the Washington, D.C., area as an English teacher. She later served as a principal, assistant principal, instructional coach, and English language arts teacher in the Houston Independent School District. A graduate of HISD’s High School for the Performing and Visual Arts, Huery Hardman also served as an academic superintendent in Boston, where she coached, supervised, and supported principals, and was a chief of schools in Chicago Public Schools. Her replacement has yet to be named.