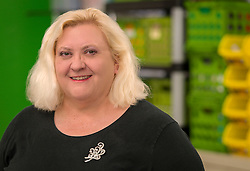 When Barbara Smith makes her selections each year for whom to support through the Combined Charities Campaign, she finds it particularly gratifying to check off the boxes for Spaulding for Children and the DePelchin Children’s Center.

Those organizations helped build Smith’s family through adoption twice—then provided the emotional support needed for her children to heal—so she takes a special pleasure in being able to give back to them.

“Spaulding trains prospective parents for the upcoming challenges of adoption, specializing in hard-to-place children such as older kids, sibling groups, and children with special needs,” she explained. “It provides guidance and training beforehand, and support services after adoptions. They do everything in their power to make placements for these children successful and permanent.”

Smith’s family began using the support services of DePelchin Children’s Center later on, “and I’m proud to say that my children have made great strides in recovering from their traumatic early years.”

A longtime contributor to her favorite charities, Smith started making donations through Combined Charities when it went electronic in the mid-2000s.

“It saves me so much time being able to make several donations in one place,” she explained. “Before, I would have to scramble to find the receipts I had gotten from the different organizations at tax time. Using Combined Charities makes it easy to remember who I’ve helped in the past and how much I’ve given. I also like being able to look at the list of charities served. One year, a friend’s niece died of epilepsy at a very young age. I was able to find several epilepsy groups on Combined Charities, and make a contribution in her honor.”

Why do you give? To share your story, please send an email to info@houstonisd.org. This is the first installment in a short series of articles on why employees contribute. To make a donation, please visit the Combined Charities website.