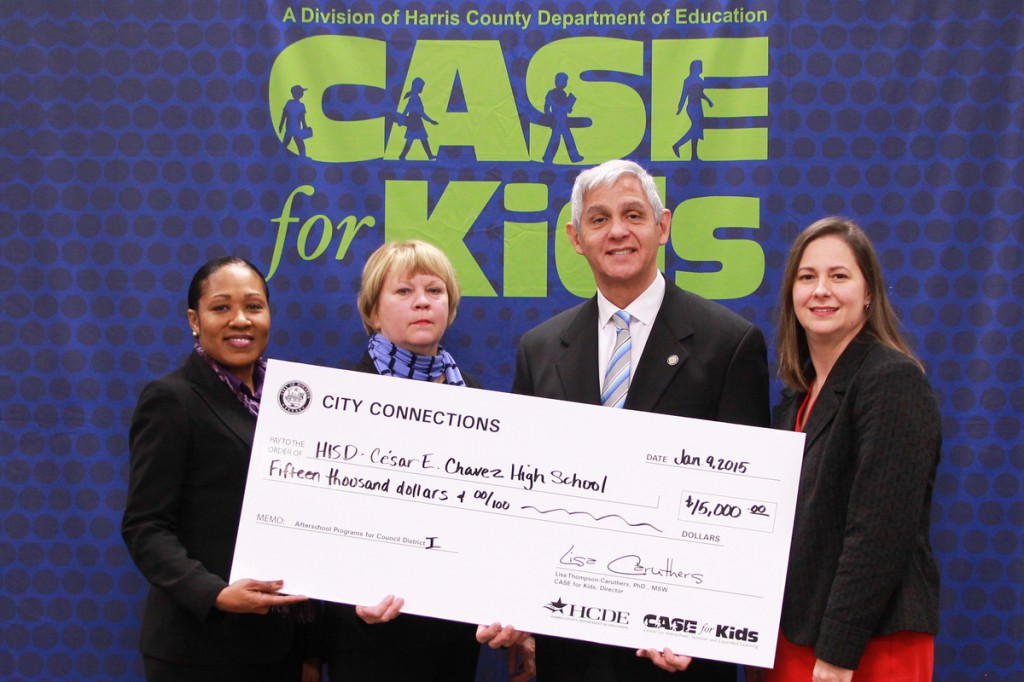 HISD’s Chávez High School and Henry Middle School became two of the first local organizations to benefit from a new initiative recently, when they received grants for $15,000 and $5,000 from the City Connections program.

City Connections, a partnership between the City of Houston and the Center for Afterschool, Summer, and Expanded Learning (CASE) for Kids, is designed to help fight juvenile crime and promote child safety by providing much-needed funding for after-school programs.

Henry Middle School will use the grant money to support its Citizen Schools program. Chávez will use its grant to support after-school programs related to academics, enrichment, college preparation, and community service.

City Connections was spearheaded last summer by Houston City Councilmember C. O. Bradford, who expressed concern over a 33-percent increase in documented gang memberships over the past three years in Houston. “After-school programs are effective crime prevention strategies,” he noted.

The $550,000 appropriated for Houston youth through the program is especially needed now due to a decrease in state and federal funding streams that previously supported after-school programs.

City Connections grants range from $5,000 to $22,500 and are available to youth-based organizations in all 11 city council districts. The next grant cycle ends on Feb. 2, 2015. Applications will continue to be accepted through April 6, 2015.  For complete details, please visit the link above. Questions may be directed to 713-696-1331.