Carnegie Vanguard High School Junior Patrick Revilla has been selected as a semifinalist for the USA Physics Olympiad. 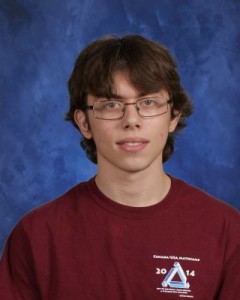 Based on their performance in a preliminary exam, 388 students from across the United States were selected. Only 27 students from the state of Texas were selected as semifinalists, and Patrick is the only HISD student who scored high enough to receive an invitation.

The USA Physics Olympiad Exam, sponsored by the American Association of Physics Teachers, is used as the basis for selection of the 20 members of the U.S. Physics Team. These students, from schools all over the U.S., travel to the University of Maryland-College Park at the end of May for the annual U.S. Physics Team Training Camp. During the camp they engage in 10 days of intense studying, testing, and problem solving.