Students from Furr High School placed second in the recent state UIL Young Filmmakers Festival competition held in Austin. Representing the only HISD school to make it to the finals, Furr students Esmeralda Valdovinos, Yamylex Gonzalez, Enrique Vasaldoua, and Victoria Martinez, along with their Environmental Communications instructor Assol Kavtorina, picked up the award for Division 1 Documentary. 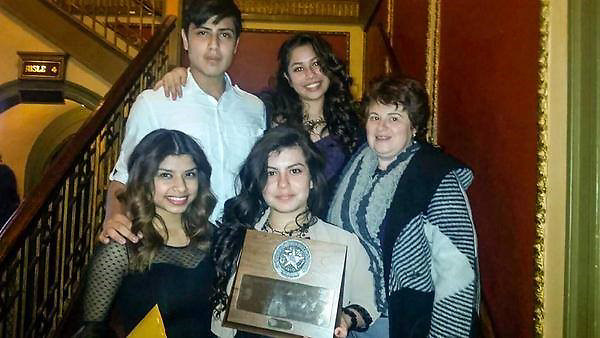 Their film, “Dreamers,” takes a look at the plight of teenaged undocumented immigrants who come to the United States with hopes and dreams and the challenges they face to achieve their American Dream. The student filmmakers are themselves undocumented immigrants. The documentary took the students three semesters to plan, film and edit, finishing last fall.

More than 600 films from schools across Texas were entered in this year’s UIL competition.