HISD officials announced the district’s top campus leaders during a principals’ meeting held on April 8, and two veteran educators have earned the honors for 2015. 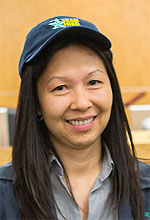 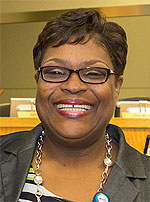 Angela Lundy-Jackson came to her career in education through Teach for America in 1991. She has served HISD as a new teacher mentor, an English department chairperson, an instructional coordinator, a magnet coordinator, and the dean of instruction/assistant principal. Lundy-Jackson was also the education program manager for HISD’s South Region. She has been the principal of NHECHS since 2010.

“Just as we did last year, cabinet members used a data-driven process to identify nominees and finalists,” said Chief School Support Officer Shonda Huery Hardman. “At the elementary level, data points included TEA accountability ratings, the number of distinctions earned, high levels of achievement and growth, and overall leadership and commitment to the district’s key initiatives. At the secondary level, data points included academic ratings from last year, the number of distinctions earned, overall student performance (both achievement and growth), AP and SAT participation, and strong commitment and leadership with alignment to the district’s key initiatives.”

Gaw and Lundy-Jackson will now advance to the next level of the competition through Region 4.