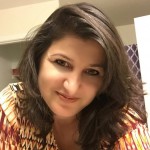 Every refugee has a story, and they do not all have happy endings. Former refugee Asinja Badeel, however, came to the U.S. in 2008, and hers is a story of perseverance and success.

Badeel is being honored at World Refugee Day 2016 on Saturday from 1 to 5 p.m. at Houston Community College, 1300 Holman. She will speak about leaving Iraq with her family and spending a year in Istanbul before coming to Houston.

World Refugee Day is an annual event celebrated internationally to honor and celebrate refugees. The Houston Refugee Consortium, in collaboration with the City of Houston and the United Nations High Commissioner for Refugees, has hosted World Refugee Day since 2001. This year’s event, “Houston Refugee Voices,” features stories from a dozen Houston refugees and includes a photography exhibition showcasing their stories.

“I find happiness in helping people, especially those who are victims of the current refugee crisis in the Middle East,” Badeel said. “As someone who was forced to leave their home and make a life in a new county, I am grateful to be here where my family is safe.”

Badeel had been living with her husband and two children in Baghdad for five years when they received word that her husband was in danger because he was working for an American company. When they arrived in Houston, Badeel took intensive classes in English before enrolling at Houston Community College. After earning two associate degrees, she moved to University of Houston, where she studied petroleum engineering but later switched to business administration. Badeel will graduate in the spring of 2017 and plans to get a master’s degree as well.

Badeel has been a teacher’s assistant at AIMS since January. She also volunteers with agencies that help refugees and works as an independent translator/interpreter.