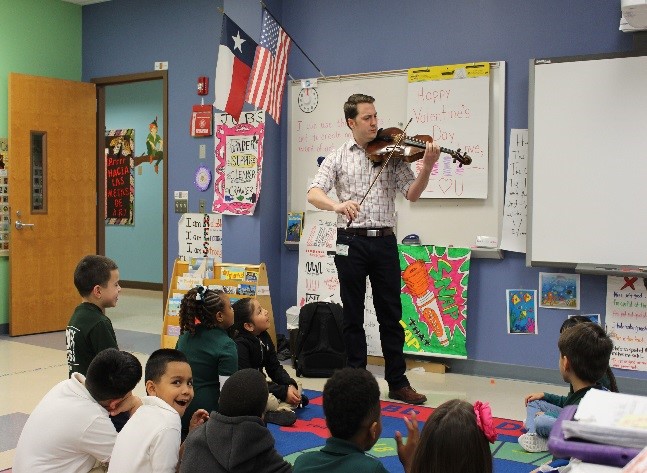 The CEMs visited the students during their ancillary time and helped them forge new connections between music and the art of storytelling and drama both before and after an in-school concert and a field trip to Jones Hall to see the whole symphony. 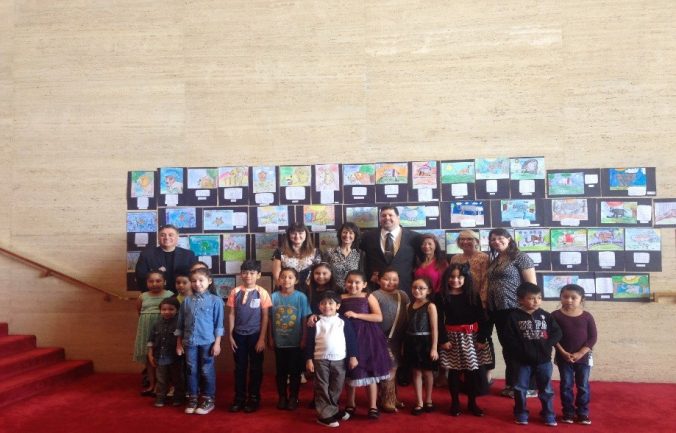 As part of this amazing partnership, Patterson second-graders also helped the Houston Symphony with one of itsrecent family concerts. Guest Conductor Robert Franz visited Patterson to enlist the help of the students. He asked them to write poetry based on a suite of music written by Saint-Saenz called “The Carnival of the Animals.”

During Franz’s first visit, he and the students listened to the suite and created “Word Walls” that were then brought back to the classroom. Each student wrote two different poems based on the music they had heard. Franz picked his favorites, and the work of 26 different students was then read by an actor from the Alley Theater during the February 18th concerts at Jones Hall.

Every student also completed a piece of artwork to accompany their poetry, which was displayed at the hall for that weekend.

The partnership is an opportunity for Patterson students to collaborate with a strong voice for the arts in the community, and both sides hope to continue the program in the future.