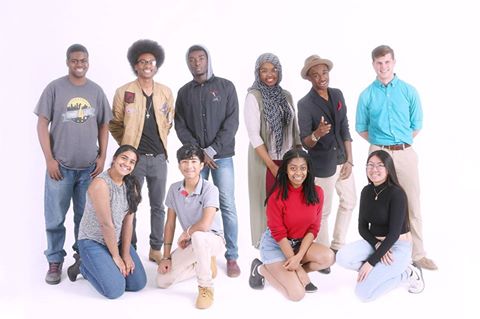 Writers in the Schools (WITS) will hold its Space City Grand Slam poetry finals at 3 p.m. on Sunday, April 2, at Discovery Green – where three HISD students are among 10 semi-finalists competing to be on the WITS Meta-Four Houston team.

Students previously participated in five preliminary competitions held throughout Houston since January. The top performers from each preliminary were selected by a panel of judges to participate in the semi-finals and Grand Slam competition. The Grand Slam panel of judges includes HISD Board Member Anne Sung and Houston First Daughter Ashley Turner.

Past team members have gone on to receive college scholarships, internships, and to become creative forces in the Houston poetry scene.

Since 1983, WITS has worked with educators and professional writers to teach students creative writing, providing K-12 students with literary workshops and producing a culture of writers, storytellers, and performers.