Organization has a 92-year history in the district 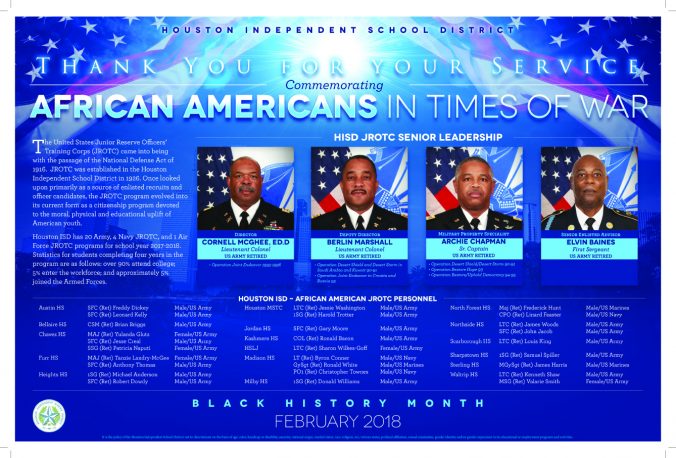 HISD offers 20 Army JROTC, one Air Force JROTC, and four Navy JROTC programs for the 2017-2018 school year. Statistics show that among students who complete four years in the program, over 90% attend college, 5% enter the workforce, and about 5% join the U.S. Armed Forces.

The United States JROTC was created with the passage of the National Defense Act of 1916. JROTC was established in HISD in 1926. Once looked upon primarily as a source of enlisted recruits and officer candidates, the JROTC program evolved into its current form as a citizenship program devoted to the moral, physical, and educational uplift of American youth.