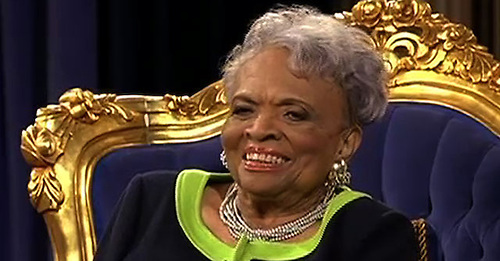 Jean Hines Caldwell, a longtime Houston ISD teacher and counselor, passed away Sunday at the age of 83.

Caldwell began her career at HISD as an audiologist and spent 38 years as a teacher and guidance counselor at Wheatley High School. In 2005, HISD named an elementary school in her honor. Jean Hines Elementary School is located at 5015 W. Orem Dr. in southwest Houston.

“Mrs. Jean Hines Caldwell was legendary in Houston and the Houston community,” HISD District IV Trustee Paula Harris said. “Her intense efforts not only changed the lives of the children she touched but also the generations they produced. We should each pray to make such a contribution to our community.”

Caldwell was married for 59 years to Booker T. Caldwell, who died in July 2011. Her son, Rev. Kirbyjon Caldwell, is a well-known minister at Windsor Village United Methodist Church and offered the official benediction at both George W. Bush presidential inaugurations (in 2001 and 2005). She is survived by Rev. Caldwell, her daughter, Dorothea Pickens, five grandchildren and two great-grandchildren.

Caldwell’s celebration of life service was held on July 30.