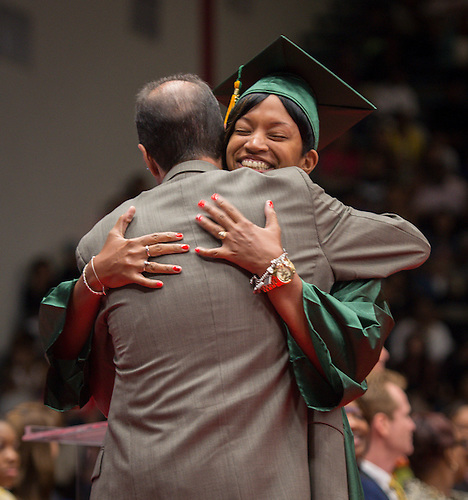 Graduation day may have come about 17 years later than she originally intended, but come it finally did for Samiya Savannah and more than 430 other HISD students on Sat., Aug. 17.

Each August, the Houston Independent School District hosts a summer graduation ceremony for students who have completed their coursework and passed any state testing requirements over the summer months, and this year, Savannah was among them.

The freshly minted Sharpstown High School alumna, who just turned 36, was originally slated to graduate in 1996 but did not complete the TAAS/TAKS exit-level requirements until this year. 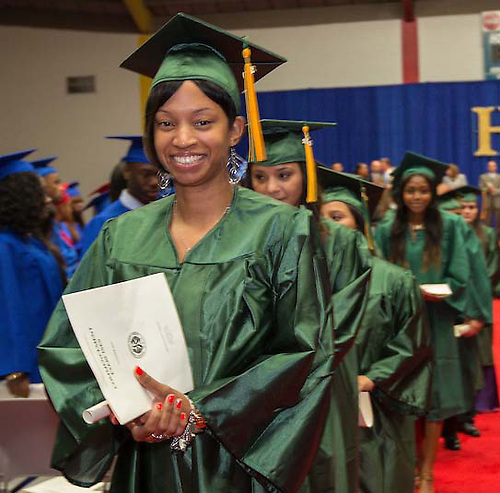 “I ended up getting pregnant my senior year, but I had all the credits I needed, so after I had my son, I came back and took the test,” Savannah said. “I think the most discouraging moment was when I thought I was going to be graduating and learned I wouldn’t be able to walk with my friends.”

Savannah doggedly kept trying to pass the math section of the test until her early 20s but eventually gave up after always falling a point or two short. “I settled for a GED, and figured that was as far as I was going to go.” she said, “I went on to graduate from college and start a career, but it just didn’t sit right with me.”

That persistent sense of discomfort is what prompted Savannah to wish aloud that she could do something about it when she came to pick up a copy of her transcript recently. When HISD Student Records Specialist Cynthia Nemons told her she still could, “I got goosebumps.” 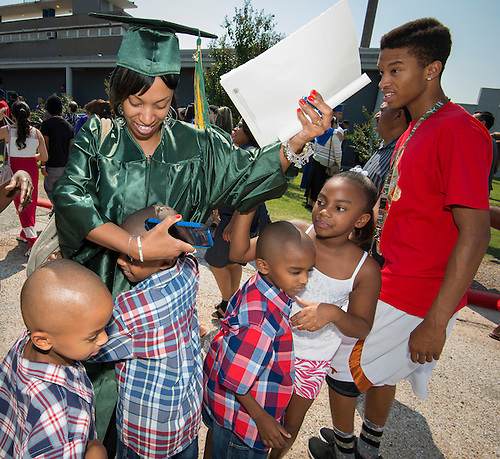 “Ms. Nemons told me all about available resources and where to go online to get the information,” said Savannah. “My husband is good in math, so he helped me, too. I thought it was a good sign that the test was on my birthday.”

When Savannah found out she had finally passed, she broke down and cried. “You don’t understand what I’ve gone through these past 17 years,” she said. “This was truly an accomplishment. It’s really exciting and overwhelming. Now I’ll be able to put my diploma up next to my son’s. He just graduated from Cy-Falls.”