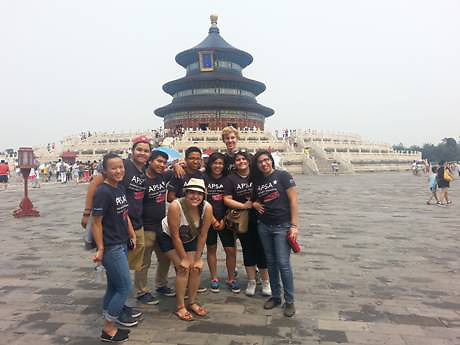 One of the goals of the Houston Academy for International Studies (HAIS) is to develop cultural awareness in students that will make them empathetic, informed citizens of the world. HAIS students have had a busy year, traveling far and wide to practice their linguistic skills and become better global citizens.

World geography and Model United Nations teacher Treasure Almaraz led a group of six students to Australia and New Zealand for two weeks. This was the first time HAIS students had the opportunity to travel to the land down under.

After spending the previous summer in China on an APSA scholarship as well, senior Erik Herrera returned to China, thanks to a National Security Language Initiative for Youth (NSLI-Y) scholarship.

“Becoming a responsible global citizen means staying informed and being able to express yourself clearly, no matter where you happen to be,” noted Principal Melissa Jacobs-Thibault.