The five trustees are among nine members of the HISD Board of Education. Each will serve a four-year term, which formally begins when they are sworn in during the first 2014 Board of Education meeting in January. 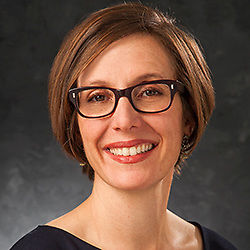 Eastman was first elected to the Board in 2009 and served as assistant secretary and second vice president before assuming her current role as 2013 board president.

“I’m humbled by last night’s results and view the support as a charge to keep fighting for Houston’s schoolchildren. I’m committed to making sure every child, every day in every classroom has a rich and deep learning experience, evidenced in, but not limited by, measurable outcomes,” Eastman said. “I’ll continue to focus on teacher quality; investing the tax payers’ dollars wisely and with fidelity; and fostering a transparent and honest debate at the board table around how we get there, so that children are the ultimate beneficiary of our schools.”

Prior to being elected to the board, she had long been active in the community, serving as an advocate for HISD and education in general. Eastman has served on various boards and committees including the William Travis Elementary School Parent Teacher Association and its Ad Hoc Transition Committee and the leadership team of the Community Advisory Group to the University of Texas School of Public Health Prevention Research Center. In 2002, Eastman and her husband co-founded the 11 ½ Street Foundation, which has recognized outstanding veteran teachers with monetary awards. Today, the foundation provides college scholarships to at-risk students graduating from Reagan or Davis high schools.

Eastman graduated from the University of Texas in 1992 with a bachelor of fine arts degree in art history. She earned a master of social work degree in 1993 from Our Lady of the Lake University. 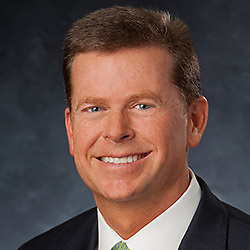 “The kind of remarkable improvement that has occurred over the last few years in HISD and our reasons for winning the Broad Prize – that is encouraging to voters, and they want to continue on that track,” Moore said, noting that he was especially proud of the district’s new teacher evaluation system and the benefits that already have resulted from it.

“We’re seeing a huge increase in the number of teachers who want to teach in this district. That’s encouraging. That reflects the changes we’re making. The teacher is the most important part of this system. All the rest of us are here to support that relationship. Making that system more effective and more personal lets great teachers do what they do best and what they love doing – imparting knowledge and creating future leaders of our society.”

A former national bank examiner for the U.S. Department of the Treasury, Moore has worked in finance, marketing and consulting for the last 20 years. He now serves as senior vice president for finance and operations at Sentinel Satellite, Inc., a Houston aerospace company. Moore attended HISD schools in elementary and middle school and has been a longtime advocate for education. He has tutored and taught at-risk students through various programs in New York City and Houston. He also served on boards for numerous organizations including Teach for America–Houston, the Houston Teachers’ Institute, the Neuhaus Education Center and HISD and Powell foundations. He currently serves on the board of the Texas Education Reform Foundation.

He earned a bachelor’s degree in economics and political science from Northwestern University and a master’s degree in business administration from New York University. 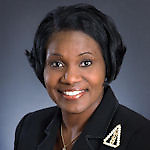 This election marks Adams’ first term on the HISD Board of Education. She is finishing her third and final term on the Houston City Council and currently serves a political science professor at Texas Southern University and host of Houston TV’s Community Connection.

“I’m looking forward to serving on the Houston Independent School District school board, working with the current trustees and helping put our children first,” Adams said. “I’m excited and ready to take my experience and what I’ve learned while on the city council to the school board. My commitment is making our children a priority.”

Adams is a proud product of HISD, attending Kashmere High School, where she was a basketball standout. While on the city council, Adams has partnered with area schools to increase the safety of students by committing to demolish dangerous buildings in the neighborhood and by encouraging the construction of walkable sidewalks. She also has worked to get improvements made to various libraries, fire stations, parks and multi-service centers. Adams has served on numerous committees and boards during her time as a public servant and has won several awards for her work. She also has traveled to Africa, Europe, and South America as an International Ambassador for the City of Houston.

She earned a Bachelor of Science in Public Affairs and a Master of Public Administration from Texas Southern University.