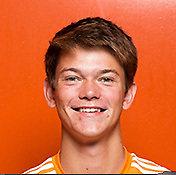 A Lamar High School senior in the Houston Dynamo Academy has signed on to continue his studies and sports career in a Division I program. Louis Thomas has committed to going to West Virginia University.

Thomas was not able to play for his school’s team because of his participation in the United States Soccer Federation’s Development Academy, but he has been a starter in almost all of the games he played in his two years at the Houston Dynamo Academy.

Thomas’ father said his son’s skills on the field weren’t the only things that helped him get into college.

“Clearly part of his success in securing the scholarship with WVU is due in no small part to his academic experience through HISD and Lamar High School,” Michael Thomas said.

Thomas played with three of the university’s current players while they were also in the Houston Dynamo Academy. That’s no surprise: UWV’s athletic director, Oliver Luck, was the first president and general manager of the Houston Dynamo before heading to his alma mater in 2010.