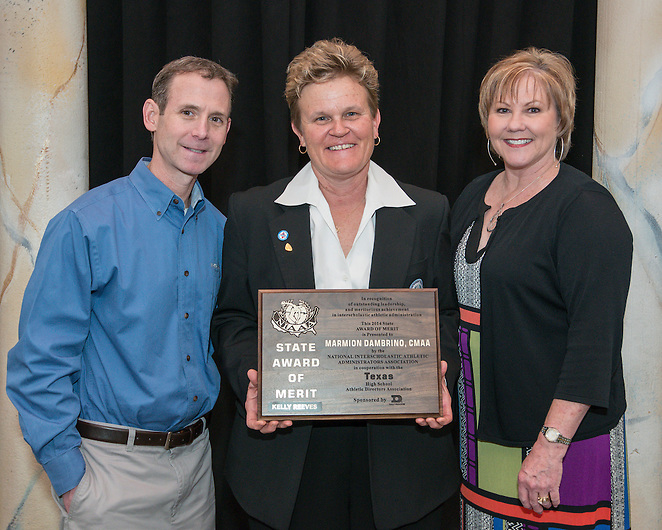 The honor was presented at the Texas High School Athletic Directors Association annual state convention in Houston on Monday.

It recognizes an athletic administrator who has made significant contributions to national organizations which have impacted high school activities. Other criteria are:

• Individual has a long-standing and distinguished record of involvement with high school activities programs at the local and state levels.
• Individual is recognized as among the best in their profession by their colleagues.

Dambrino is the first female athletic director in HISD’s history. Before her appointment in 2010, she had served with the district for 22 years as senior athletic program administrator, a dean of students, associate principal, assistant principal, school administrator and teacher. She also coached girls basketball, volleyball, and track, as well as boys and girls swimming.

She earned her bachelor’s degree from the University of Southern Mississippi and a master’s of education from Prairie View A&M University.