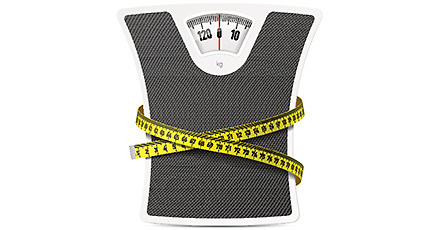 If you happen to be at the Hattie Mae White Educational Support Center, you may notice employees in athletic shoes walking both inside and outside of the building. They’re part of the more than 5,500 HISD employees from across the district who are hoping to be bathing suit-ready in a few months signed up for the HISD HealthyWage Challenge that began in February and continues through the end of May.

All that is required to succeed is to maintain a slow-but-steady weight loss of four pounds a month for four months, and each participant will be rewarded $160, as well as be entered in a drawing in which each team member might win an iPad. There are other incentives as well, including one that doesn’t require losing weight — everyone who weighed in and out for the first month of the contest is automatically entered into a drawing, and five lucky winners will win a FitBit in April.

Those who didn’t meet the four-pound goal the first month can still compete – they just have to lose four pounds from their starting weight by April 2, the last day to weigh for month two (March).

Tenia Osayande’s Fantastic Team met the first month’s challenge, losing between four and eight pounds each, for a total of 31 pounds. Team members are Cheryl Wooten, Monica Cruz, Wayne Johnson, Nathalie Cascante, and Osayande. Three are from Food Services, and the other two are from Benefits. They are serious about winning iPads for each team member.

Osayande and teammate Cascante have changed their eating habits dramatically. Instead of starting the day with waffles, bacon, and eggs, they are making high-protein, high-fiber choices such as oatmeal or egg whites. They have healthy and low-calorie snacks close by such as fruit, protein bars, and sugar-free candy. Lunch ranges from a salad to a sandwich to healthy microwavable meals. If they decide to get takeout from Wendy’s, for example, they select one of the salads instead of a burger and fries.

“Three of our team members work at the Cave [the Hattie Mae White Educational Support Center dining area],” said Cascante, “so they keep us from making bad choices there.”

Cascante and her walking partner walk for 30 minutes around the neighborhood almost every day at lunch. She faced a big challenge over spring break – she went on a seven-day cruise. “There were not only numerous restaurants to choose from but food stations and 24-hour room service as well,” she said. “I worked out, and I am happy to report that I didn’t gain any weight.”

Strategic Communications Manager Tiffany Sanders was thrilled when she stepped on the scale and found out she had lost 10 pounds the first month. Immediately after weighing in on the first day of the challenge, she joined a gym and has been working out consistently ever since, combining cardio with resistance exercises and an occasional Zumba class.

Sanders changed her diet as well: She drinks a healthy shake on the way to work, has a salad or low-calorie sandwich for lunch, and drinks another protein shake on the way to the gym. She also tries to drink at least 64 ounces of water per day, flavoring it with lemon or cucumber. “I used to drink one or two sodas daily, and I have given those up,” she added. “I used to go out for lunch nearly every day, too.”

Sanders was challenged recently when she went out of town on business for several days. Eating every meal out was difficult, but she said she made some good choices — along with allowing herself several splurges. “I enjoyed some of the things I had not eaten for the past month, and they were fabulous,” she said, “but I am back on my program now.”

Lanier Middle School teacher Christine Peet lost four pounds in the first three weeks by cutting back on unhealthy carbohydrates and eliminating sweets completely. “Strive for progress, not perfection,” Peet said. “Lower your expectations and focus on the positives like choosing not to pick up that first cookie and drinking water instead of soda.”

Carrie Williams, chairman of special education at Gregory-Lincoln Education Center, lost six pounds the first month. She also cut back on carbs and added exercise to her day. “Get a support team, and find ways to stay motivated,” Williams said. “I have a wonderful seven-year-old who keeps me on track every day about exercising and watching what I eat.”

HISD Web and Mobile Design Team Lead Oliver Dyke lost 14 pounds during the first month and five more since then. He has been riding his bicycle for exercise and cooking healthy, low-calorie meals using recipes he finds on websites such as Cookinglight.com, Skinnytaste.com, and Eatingwell.com. Portion control has been a learning process as well — instead of eating two portions for dinner, he brings one to work for lunch the next day.

“I have wanted to lose weight for a while,” Dyke said. “This was just the push I needed to get started.”