The big hitters of Major League Baseball (MLB) will be gathering together at Target Field in Minnesota next month for the All-Star Game, and one HISD teacher could be appearing there as well, after being named a finalist in the organization’s All Star Teachers program. 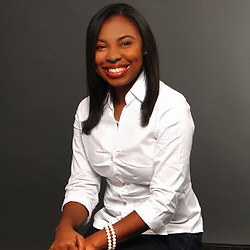 Tamira Cole, who serves as both a teacher and the English Language Arts team lead at Madison High School, has been named one of about 100 finalists from around the country. She will now vie against two other Texas teachers for the chance to represent the Houston Astros at the All-Star Game on July 15. The winners will be partially determined via online voting, which lasts through June 29, and one winner will even be featured in an upcoming edition of People magazine.

Underwritten by MLB, Target, and People, the All Star Teachers program is designed to recognize exemplary teachers who have made a difference in their communities and the lives of their students. The winners are expected to be announced on July 10.