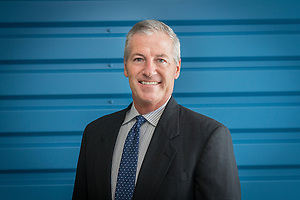 January of 2005, HISD’s Board of Education created the office of inspector general to address allegations of cheating and help rebuild the public’s confidence by ensuring the integrity of district data. Robert Moore, the district’s highly respected assistant superintendent for internal audit at the time, was tapped to lead that office.

Now, the position of inspector general has been renamed, and a familiar face has stepped into that role. Richard Patton, who served as HISD’s E-Rate compliance officer from Feb. 2010 until this month, was approved by the Board of Education on Sept. 18 as the district’s new chief audit executive.

Much like his predecessor, Patton will be responsible for managing and directing internal audits and inspections, as well as the prevention and detection of fraud, waste, and abuse. He will report directly to the board, and indirectly to the superintendent of schools.

“The duties and responsibilities have not necessarily changed,” explained Chief Human Resources Officer Drew Houlihan. “It’s just a new title. But I think Richard will bring much added value to this position and we look forward to working with him in that capacity.”

“We interviewed several highly qualified candidates,” added HISD Board of Education member Anna Eastman, who spearheaded the candidate search and served on the selection committee. “We ultimately chose Richard because of our past experiences with him. We wanted someone we knew had really high standards. He has worked with the board before to update its ethics policies and as part of a third-party evaluation of the Internal Audit department. He’s aware of the areas in which growth is needed and of the board’s hopes and expectations for how the audit department will function going forward.”

Patton will formally assume his new position on Sept. 22.