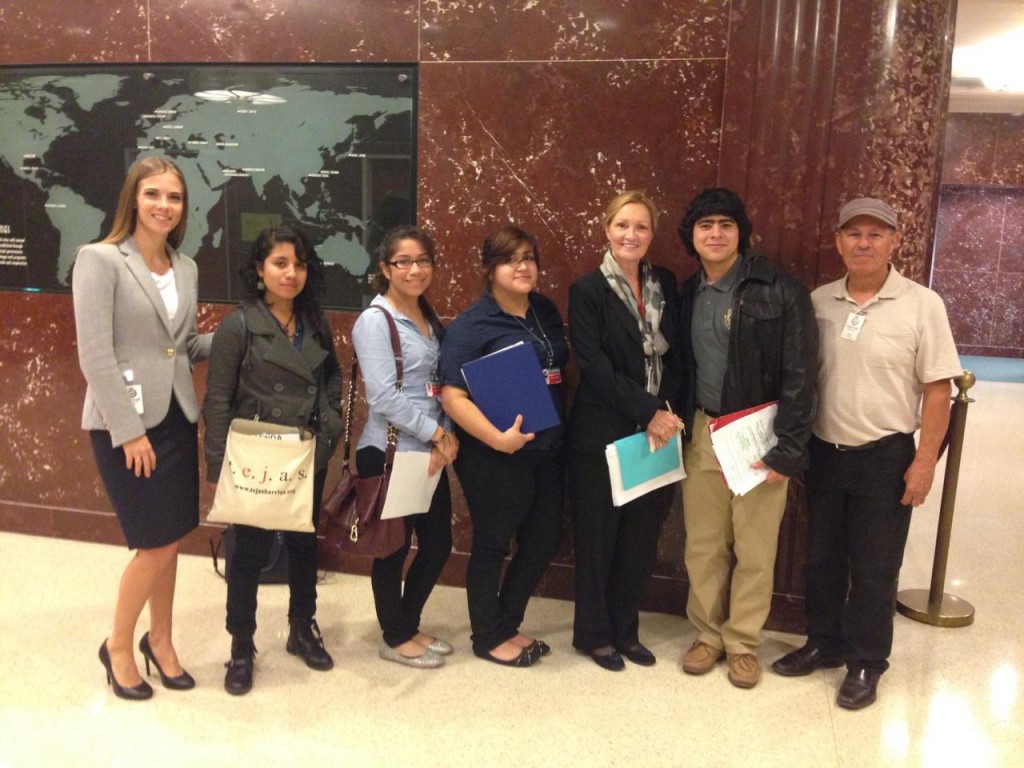 Furr High School students testified before Houston City Council on Dec. 16, asking authorities to reject a new trash proposal currently under consideration by the city. According to reports, the council members were impressed with the students’ speeches.

The students are enrolled in Furr’s Environmental Communications pathway, part of HISD’s Linked Learning program that combines rigorous academics with hands-on learning and real-world experiences, thanks in part to a $30 million federal Race to the Top grant.

In other environmental activities, students tested water samples collected from Buffalo Bayou and San Jacinto River and found them to be unsafe for area residents. They also plan to address the HISD Board of Trustees regarding the quality of the drinking water in the Furr school building.

Recently, Dave Fehling, a Houston-based broadcast reporter for State Impact, met with the students to answer questions and brainstorm ways to inform the community about environmental issues. State Impact is a National Public Radio (NPR) project dedicated to examining how state policy and issues affect people and communities.

Fehling shared his personal experiences and asked students about their environmental projects, including their investigation of the San Jacinto River Waste Pits Superfund Site.

The students brainstormed ideas and concluded that the only way to stop the pollution is to raise awareness among East Houston residents and urge them to take action to protect themselves from toxic chemicals being leaked from the waste pits. They met with area homeowners and promised to spread the word by producing and distributing informative documentaries. Fehling plans to help them through his position with NPR.