Westside High School defensive lineman Jordan Elliot has been selected to participate in the Army All-American Bowl to be played on Jan. 9, 2016, in San Antonio — just one of 90 of the top high school players in the nation to be chosen for the elite game. 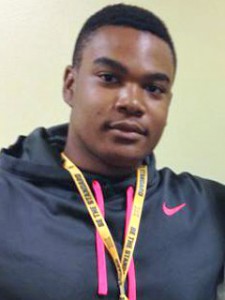 The 6-foot-5, 300-pound junior has been named to the UIL District 20-6A All-District Defensive Team the past two years, and was selected for the Associated Press All-State Team this year.