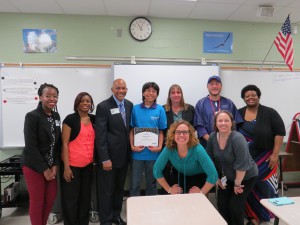 Lerma was nominated by his principal, teachers, and parents. For this honor, he received four premier tickets to see the Fallout Boys in concert at the Houston Livestock Show & Rodeo on March 8.