HISD’s Bond Oversight Committee held its quarterly meeting on Tuesday, in which the panel received an update on bond projects from the first quarter.

Among the topics discussed were a review on how the district calculates capacity for schools, as well as information on M/WBE participation levels and financial reports. HISD staff said they were excited about the work that is underway, including foundation work and vertical construction, and said there is more to come. 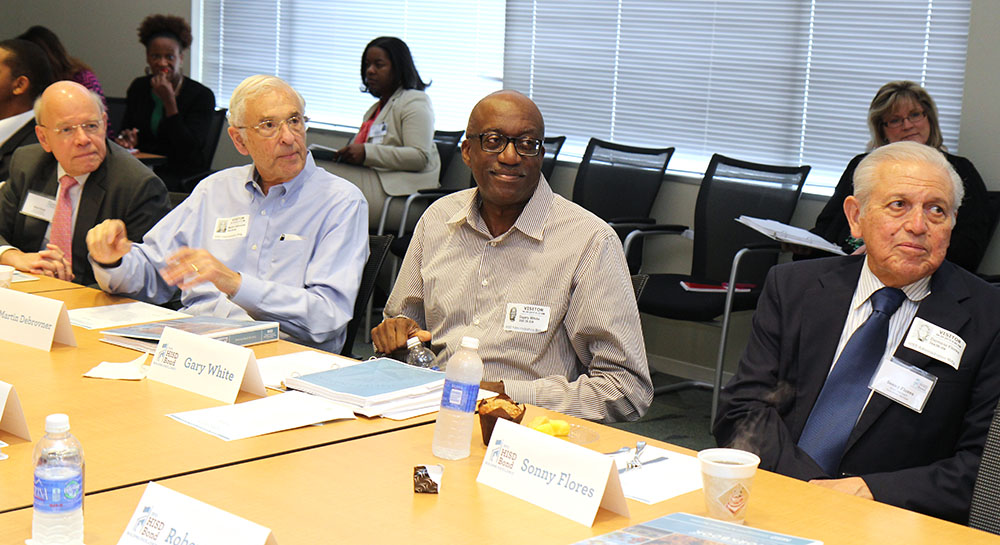 Sue Robertson, general manager of Facilities Planning, presented information on how the district determines capacity ranges for each school. She explained that 21st century schools trend toward including teacher work centers, where teachers can plan and collaborate with each other. This college-style design ensures instructional spaces are optimally utilized throughout the day to maximize capacity, she said.

“A core paradigm of 21st century learning is group work centers, where teachers are not siloed in one classroom every day,” Robertson said.  “This model also allows for classrooms to be used 100 percent of the school day, rather that sitting idle during a teacher’s planning period.”

The first quarter of 2015 saw construction getting underway at Group 1 schools and planning completed for schools in Groups 3 and 4. Group 2 schools made design progress, and some have scheduled their second round of community meetings.

Also in the first quarter, HISD administrators and project managers briefed each school’s Project Advisory Team on budget issues that may have an impact on design and construction schedules, and the team continues to evaluate cost-saving measures.

“Our teams are working with contractors to bring the costs into line and in many cases have come up with very good solutions – things above the ceiling and behind the walls that folks will never see and that won’t compromise the quality of the building,” Bobadilla said.

Committee members were told that in the cases of Furr HS and HSPVA the contracts for CMAR (construction manager at risk) had been terminated because no agreement could be reached on a guaranteed maximum price for the projects.  Members asked about the reasons the contracts didn’t pan out and what led to this decision.  It was explained that there were very few bidders in key areas of the projects, and in general, more bid participation translates into more competitive prices.

“All you’ve got to do is read the newspaper and see how many new projects are being announced,” said BOC member Sonny Flores.  “Last Sunday, I recall seeing several new projects are going on – that all plays into it, and I don’t see an end to this in the near future.”

Other first quarter highlights include:

HISD’S nine-member Bond Oversight Committee meets quarterly and is charged with monitoring all Bond-funded construction projects to ensure accountability and transparency and to promote public support and confidence. More information, including a list of members and meeting minutes can be found here.