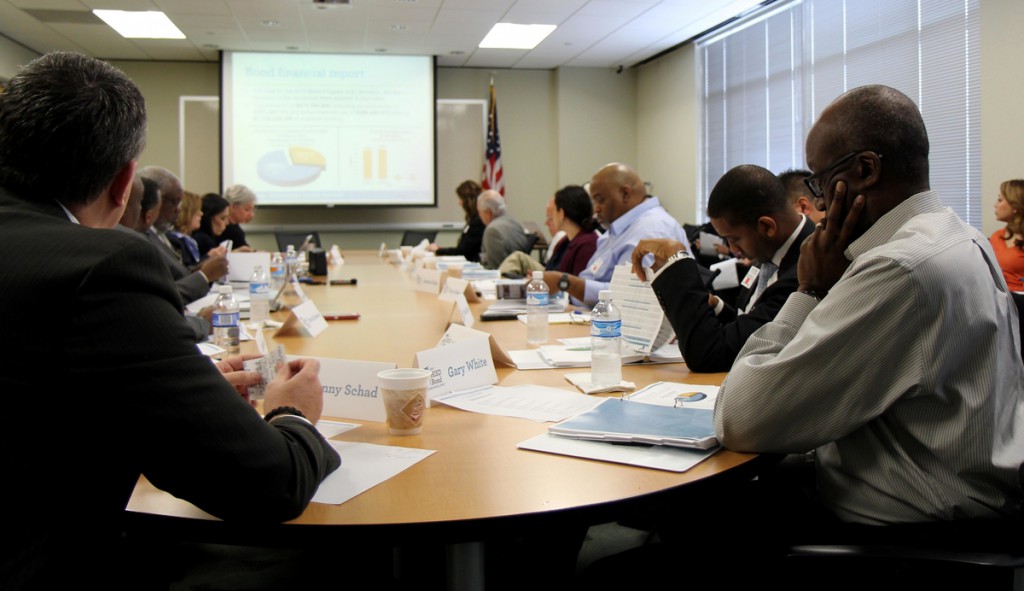 The Bond Oversight Committee convenes on Tuesday to review fourth quarter progress on the bond program.

HISD’s Bond Oversight Committee held its quarterly meeting on Tuesday, with the panel receiving an update on the district’s $1.89 billion bond program covering the fourth quarter 2015.

“I think we’re in a very good position right now,” Schad said. “We have a lot of work to do in 2016. We’re committed to getting some bids finalized in the first quarter, and the team is working hard to get that done. We’re excited to show the committee our progress.”

Project highlights discussed include Grady MS, which is receiving final touches this week and will welcome students to its new addition on Feb. 8; Worthing HS phase 1 is nearing completion; Mark White ES is preparing tilt walls to be raised in the coming weeks; Condit ES and Mandarin are completely closed in; and both North Houston Early College HS and South Early College HS are nearing completion in the second quarter.

The committee heard reports on bond communications and community engagement activities, along with plans for upcoming community meetings.

The group viewed a new video on the district’s Supplier Diversity program and heard a report on the bond program’s M/WBE participation status, which continues to exceed goals.

“Last December, with the (board) approval of the additional money that we needed, it gave us an opportunity to level the playing field and get back to building schools,” Schad said. “Our one non-negotiable is the blue sheet – that’s what the district said we would go out and build, it’s what the voters voted on, and that’s what we are committed to delivering.”

The BOC is an independent citizens’ committee that is charged with monitoring all bond-funded construction projects and helping stakeholders stay informed about construction projects in the district. It monitors performance and compliance and makes recommendations to maximize available resources to achieve construction goals. The next quarterly meeting will be held on April 26.

For more information on the Bond Oversight Committee or any HISD building program, please visit www.BuildHISD.org