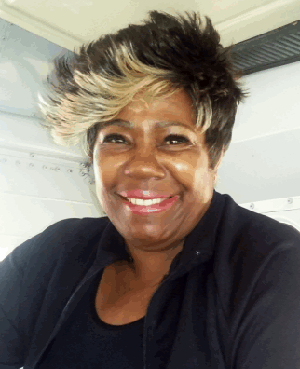 Vivian Ivory on her bus

Vivian Ivory has been driving children to and from school for the past 23 years, but recently she began taking an extra step to support her students at Elmore Elementary School.

Knowing that the children would soon be receiving their progress reports, Ivory made a deal: for every “A” the students earned, they would receive a small prize, which she and the children would decide upon together. Many students selected small items such as colorful pencils or pens, but Ivory has even given out a calculator or two.

“I usually give them candy to reward them when they have a good week, but this time I wanted to try to inspire them,” explained Ivory. “The children had been feeling a little depressed, so I wanted to do something new to help them be more productive. With this particular group, I see a lot of elderly people when I pick them up and drop them off, so I know the majority are being raised by their grandparents. They need a little bit more support.”

Principal Maggie Gardea says that Ivory’s efforts are paying off in the classroom, too.

“We have seen some changes in our students, especially in regard to behavior,” she said. “It is obvious that our students love and respect Ms. Ivory. It is very heartwarming to know that someone who spends 15 to 20 minutes a day with them would take the time to stress the importance of education and then spend money out of her own pocket to treat the students.”