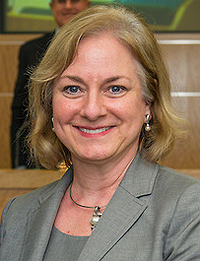 “Sherrie has been a tremendous asset to HISD over the past three years,” said Dr. Grier in an email to all employees, “and I am confident that the district’s finances will be in expert hands moving forward.”

Robinson, who has been with the district since February 2013, has spent three years as the HISD controller, where she is tasked with accounting for the district’s $1.8 billion annual operating budget. As the interim CFO, she will oversee all financial operations of the district, including the Controller’s Office, Budget and Financial Planning, Benefits and Risk Management, Medicaid Finance, Real Estate, and Materials Management and Warehousing, as well as the School Business Manager Training Program.

Prior to joining HISD, Robinson served as the director of accounting for Pearland ISD, where she implemented a new finance/general ledger system and converted the district’s fixed assets from a stand-alone system to an integrated system. She has more than 20 years of accounting experience, including 15 in public schools. Robinson is also a Certified Public Accountant. She received her bachelor’s degree from the University of Arkansas.