Houston Independent School District Board of Education Trustee Anna Eastman has been honored as the 2016 Public Elected Official of the Year by the Texas chapter of the National Association of Social Workers. 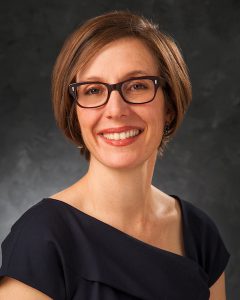 The award recognizes outstanding service and contributions of an elected official who has shown leadership in the formulation of public policy, particularly areas that affect social justice, health care, education, civil and human rights, and social practice. The award is bestowed by the Texas chapter of the National Association of Social Workers, which has nearly 6,000 members and is committed to advancing the social work profession across the state.

The organization recognized Eastman for her role in supporting the expansion of a non-discrimination policy to include sexual orientation and gender identity within HISD, only the second district in Texas to do so. Eastman also introduced the Human Rights Campaign Welcoming Schools program to the district to provide educators with professional development tools to support LGBT youth and prevent bullying.

“We are proud of Mrs. Eastman’s accomplishments and on-going work to improve our school learning environments,” said HISD Board President Manuel Rodriguez. “She brings great leadership to our board and helps to strengthen our commitment of ensuring educational excellence for all students.”

Eastman, who represents District I in HISD, has served on the district’s Board of Education for seven years. She is active on several nonprofit organizations and boards, including Breakthrough Houston, Neighborhood Centers Immigration & Citizenship Program, and Undies for Everyone.

“I was honored to be nominated for an award that recognizes service and dedication as an elected official. But to be selected as the winner by my fellow social workers is truly humbling and I hope representative of my commitment to serve Houston’s children on the HISD Board of Education,” Eastman said.