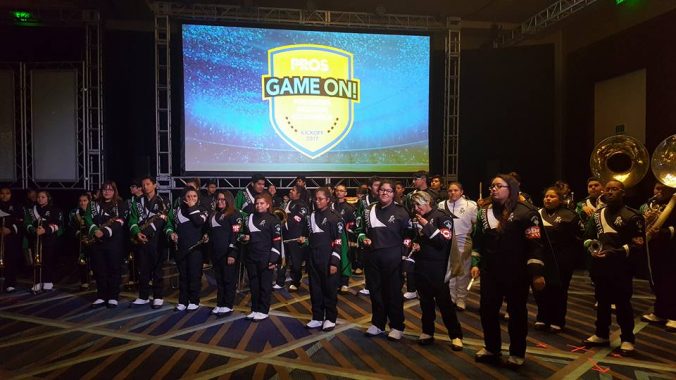 The Austin High School marching band were presented with with a Certificate of Congressional Recognition Jan. 15 during the annual Martin Luther King Jr. Battle of the Bands at at Thorne Stadium.  The marching band has participated in various MLK activities since the band’s creation in 2005, including the battle of the bands every year.  The band nicknamed “Sonic Boom” has led the MLK Youth Parade since 2008, along with several other parades including Houston Veteran’s Day Parade, Houston Thanksgiving Day Parade and the Natchitoches Christmas Festival of Lights Parade in Louisiana. The students also have participated in the Cinco de Mayo Parade, Fiesta Patrias downtown, Fiesta Flambeau in San Antonio, and Mardi Gras in both Galveston and New Orleans. The band is led by music director Keavon Runnels, who pushes the group to not only represent diverse cultures but also to experience cultures first hand.