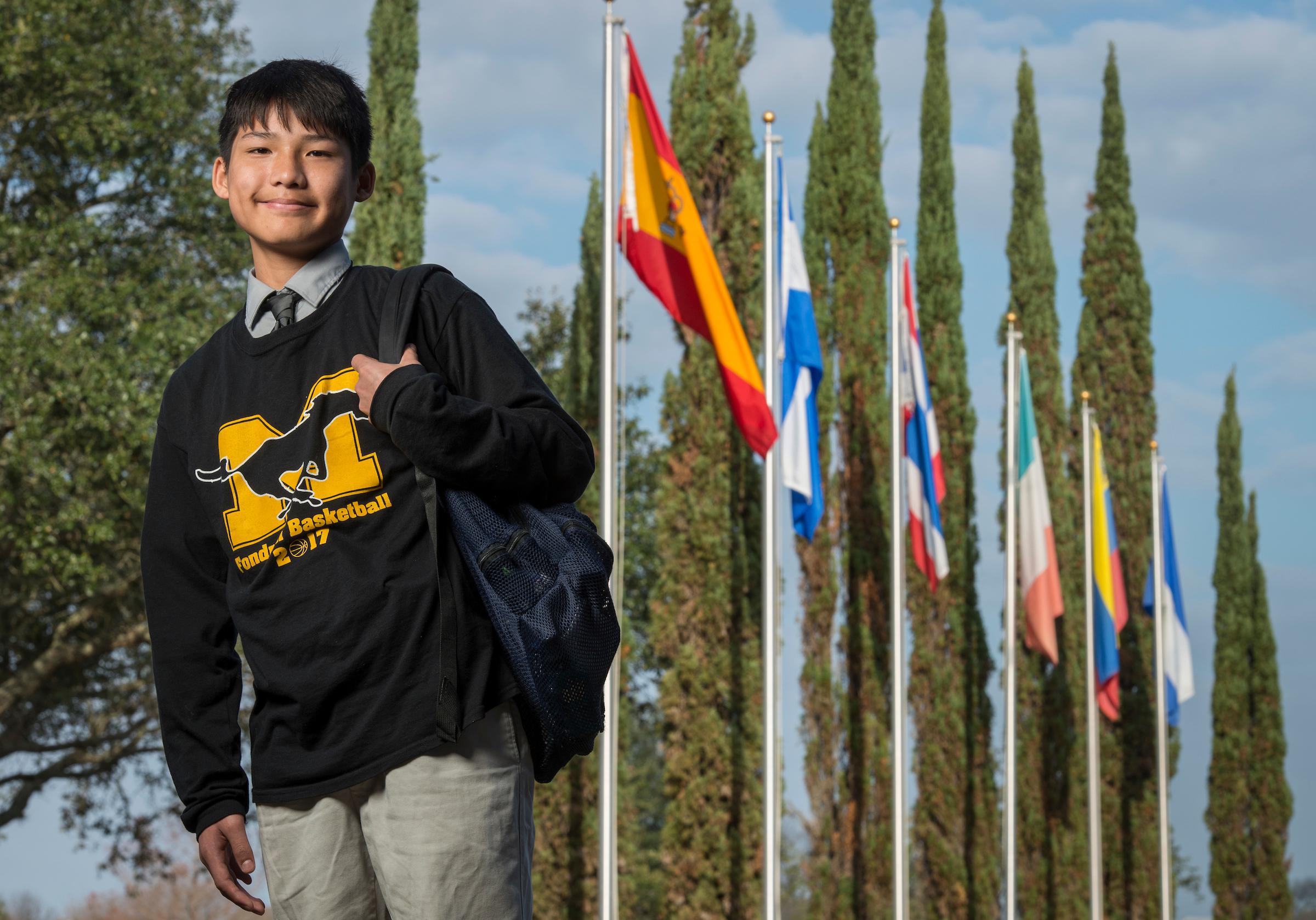 After his family immigrated to the U.S., Hla Aye found his home at Fondren Middle, where many of his peers are the children of immigrants. There are more than 100 languages spoken in HISD, which offers services such as counseling, tutoring, and health services to help newcomers settle in their new country.

Hla Aye was 2 when his home in Myanmar, formerly Burma, was destroyed in the country’s decades-long civil war and his family was sent to a refugee camp with little food and no running water. His father applied for a visa to the U.S., and the family was greeted at the airport by a translator and a sponsor who gave them enough money to last one month.

“My parents found jobs,” Hla said. “My mom encouraged me. She said study as much as you can.”

When Hla enrolled in first grade, he didn’t know anyone, and he didn’t know the language. A practice website helped Hla teach himself English, but it was at Fondren Middle that he really found his voice — and a new home.

“The other students are facing the same problems as me, so we can relate,” the eighth-grader said. “I get to experience diversity at this school where we can share our stories, where we came from, and can experience what the other person felt.”

That encouraging environment prompted Hla to walk into the front office one morning and tell the staff he wanted to do the morning announcements.

“We auditioned him on the spot,” said Magnet Coordinator Melodye Montgomery. “He had so much personality and was so confident when speaking.”

The staff asked him to emcee their leadership day. He delivered, introducing speakers and moderating the panel. It led to a gig emceeing the school’s 50-year celebration. Hla hopes to parlay those people skills into a career in business and marketing. He dreams of attending Harvard.

Not long ago, a student asked Hla why he came to America.

“I said life in Burma was not good, and I came to America to have a better life. They asked me how hard that was. I said it was hard, but I still faced my fear and overcame obstacles — and you can face any obstacle you want.”