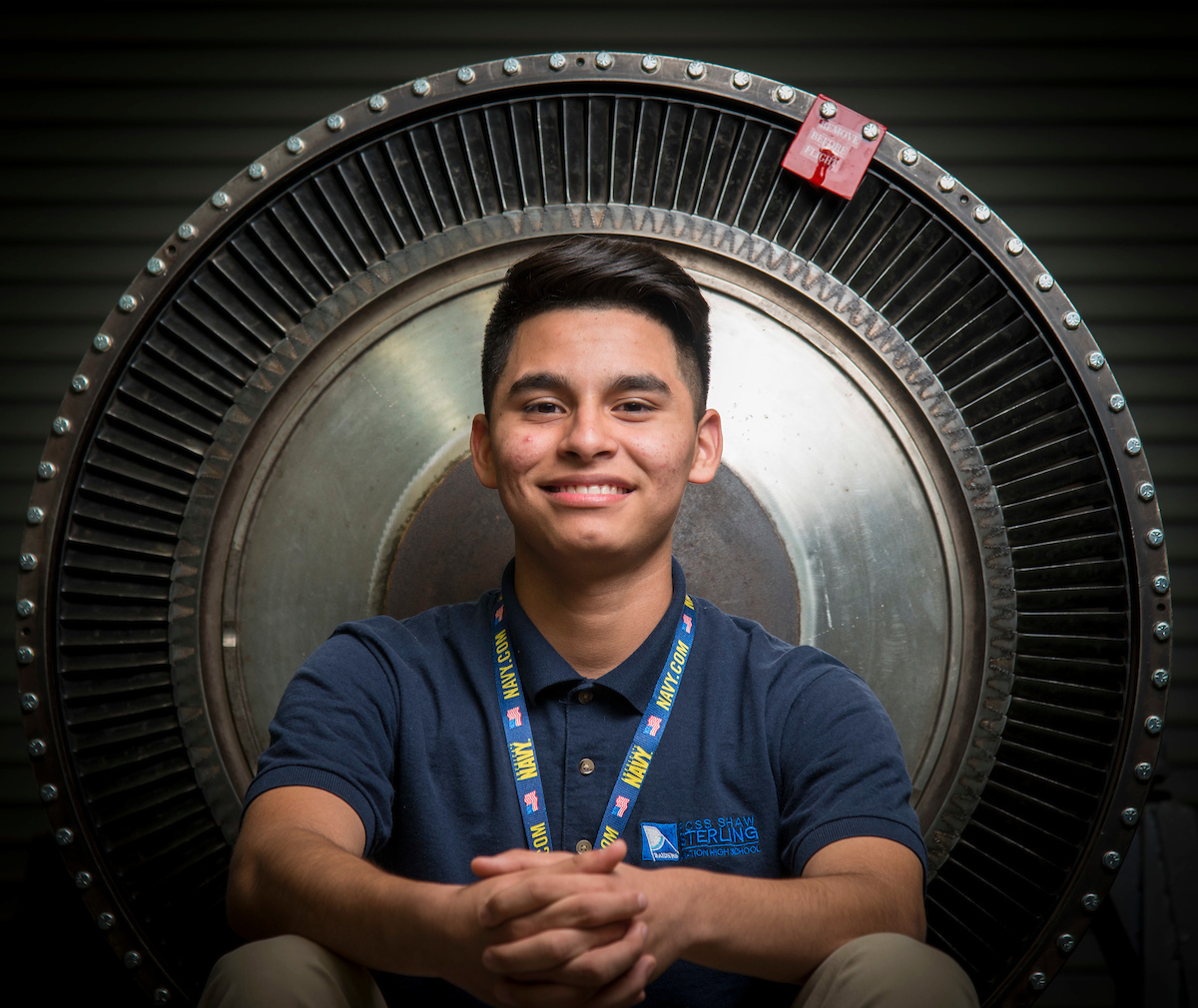 Ronald Canales is pursuing his flying dreams at Sterling Aviation High, which in 2017 debuted a new $72 million campus, rebuilt as part of the voter-approved 2012 bond program. It includes a 7,100-square-foot airplane hangar surrounded by career and technology education classrooms.

Ronald Canales was 5 when he first spotted the large commercial airliner gliding through the sky. He was mesmerized and full of questions: How does that work? How does it fly?

He dreamed of becoming a pilot, but the idea seemed elusive. Though he lived just minutes from Sterling Aviation High, he didn’t give much thought to its aviation magnet and the doors it could open.

At least not until his sophomore year, when he met aviation history teacher Marvin Smith.

“Mr. Smith told me I had potential,” said Ronald, now a senior working toward his private pilot’s license.

The aviation magnet program at Sterling prepares students for a career in the aviation industry by giving them hands-on experience flying in simulators and airplanes. There are 72 students enrolled in the program, which launched in 1975, but that number is expected to grow with the debut of Sterling’s new aviation-centric campus, built under the 2012 bond program.

Ronald is studying for the Federal Aviation Administration private pilot oral exam after having passed the written test. With 13 flight hours under his belt, he needs at least 27 more before he can take the final test — the FFA practical exam in the air.

As he prepares for graduation, Ronald has a plan. This summer, he’ll join the U.S. Navy, which will help him complete his private pilot’s license and earn his bachelor’s degree in aviation science. He’ll then decide if he wants to re-enlist and become a fighter pilot or set his sights on the commercial airline industry. These are options he wouldn’t have had without the aviation magnet program.

“It gives me a sense of accomplishment,” Ronald said. “I’m living the dream.”