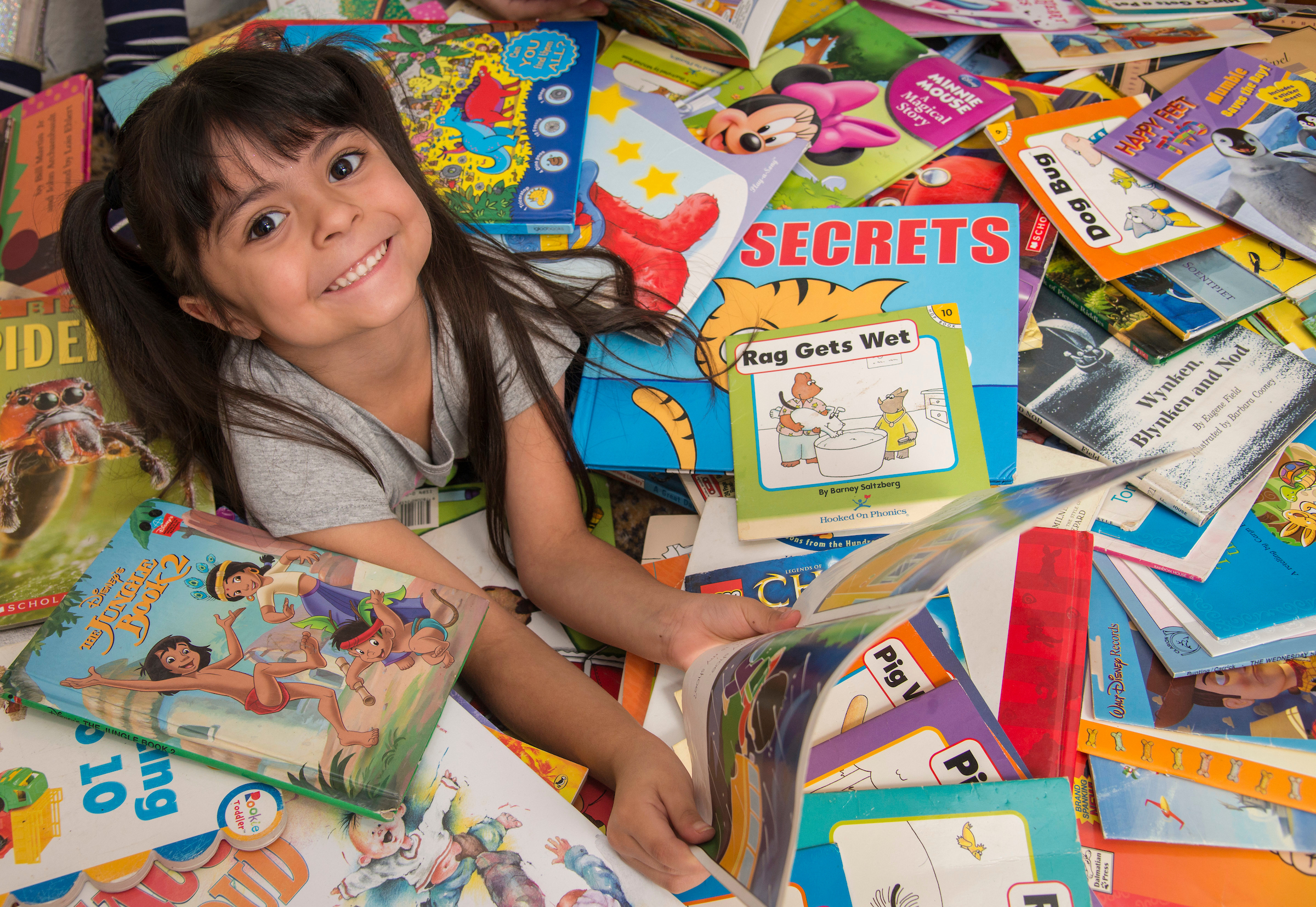 Last May, Amanda Cruz’s children, including kindergartner Jazlyn, were among 36,000 students at 59 HISD elementary schools and early childhood centers who went home with six books from Books Between Kids. The group hopes to reach even more children and families in 2017.

Amanda Cruz wants what’s best for her kids, but often that comes with a price tag she can’t afford. Providing books for her three children had been a challenge, until one day in the third grade, her son, Alexander, brought home a packet of six books from Scroggins Elementary and proclaimed that they were his to keep.

“I didn’t believe him. I thought he took them from the school library,” said Cruz. “But they came with a note telling me that they were a gift so we could start a library for him in our home and keep him reading over the summer.”

Having books in the home and being read to as a child are two of the most important indicators of academic and lifetime success. Yet nearly two-thirds of low-income families do not own a single children’s book.

That’s why the nonprofit group Books Between Kids partners with HISD to collect gently used books and get them into the hands of at-risk students and economically challenged families so they can build home libraries. They and other community partners, like the Barbara Bush Houston Literacy Foundation and First Book Houston, are investing in the district’s Literacy by 3 initiative, which works to ensure every student is reading at or above grade level by the third grade.

“She loves to read aloud to me, to her older brother and sister, and even to the dog. The older kids also love to read their books to her. It’s really become a family activity.”