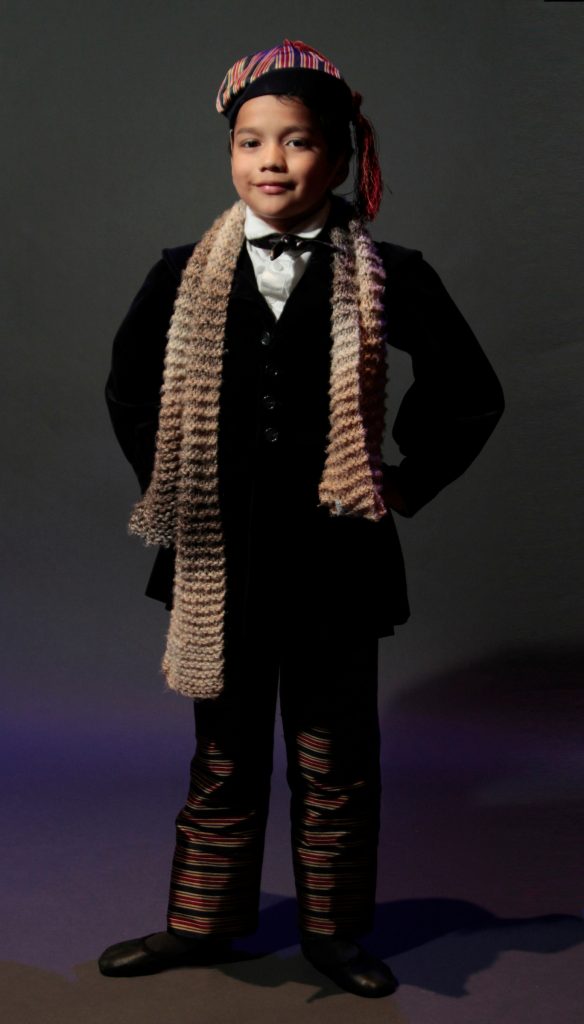 Ivan Gonzalez is dressed as his character for the 2016 production of “The Nutcracker” at the Wortham Center, performed by the Houston Ballet.

“Don’t be nervous, Ivan. Just do your best.”

Ivan Gonzalez was about to perform in Houston Ballet’s 2016 production of “The Nutcracker” at the Wortham Center, and his father was there to calm his nerves.

The “Nutcracker” was not Ivan’s first stage production. In May 2015, the Wainwright Elementary student was selected to participate in Houston Ballet’s “Chance to Dance” program, a series of free ballet classes for first- and second-graders at schools that don’t have a dance program and where 75% or more of the students are economically disadvantaged.

After the first round of classes, Ivan performed in the Houston Ballet’s annual Spring Showcase. He did so well that his scholarship was renewed, and he danced in the academy’s summer intensive program and enrolled in Level II classes last fall.

The third-grader has lessons twice a week. “Ballet class is fun,” he said. “We do a lot of running and jumping.”

Houston Ballet is among more than 40 arts institutions that partner with HISD and the City of Houston for the Arts Access Initiative, working to ensure equitable access to music, dance, theater, visual arts, and creative writing. Exposure to the arts has been shown to boost critical thinking and increase students’ awareness of other cultures.

For Ivan, ballet has even inspired him to keep his grades up. “My mother tells me, ‘Always do your best,’ so I can get into a good college.”

Ivan is not sure what role ballet will play in his future, but for now, he is enjoying his classes — and looking forward to dancing with the girls soon.