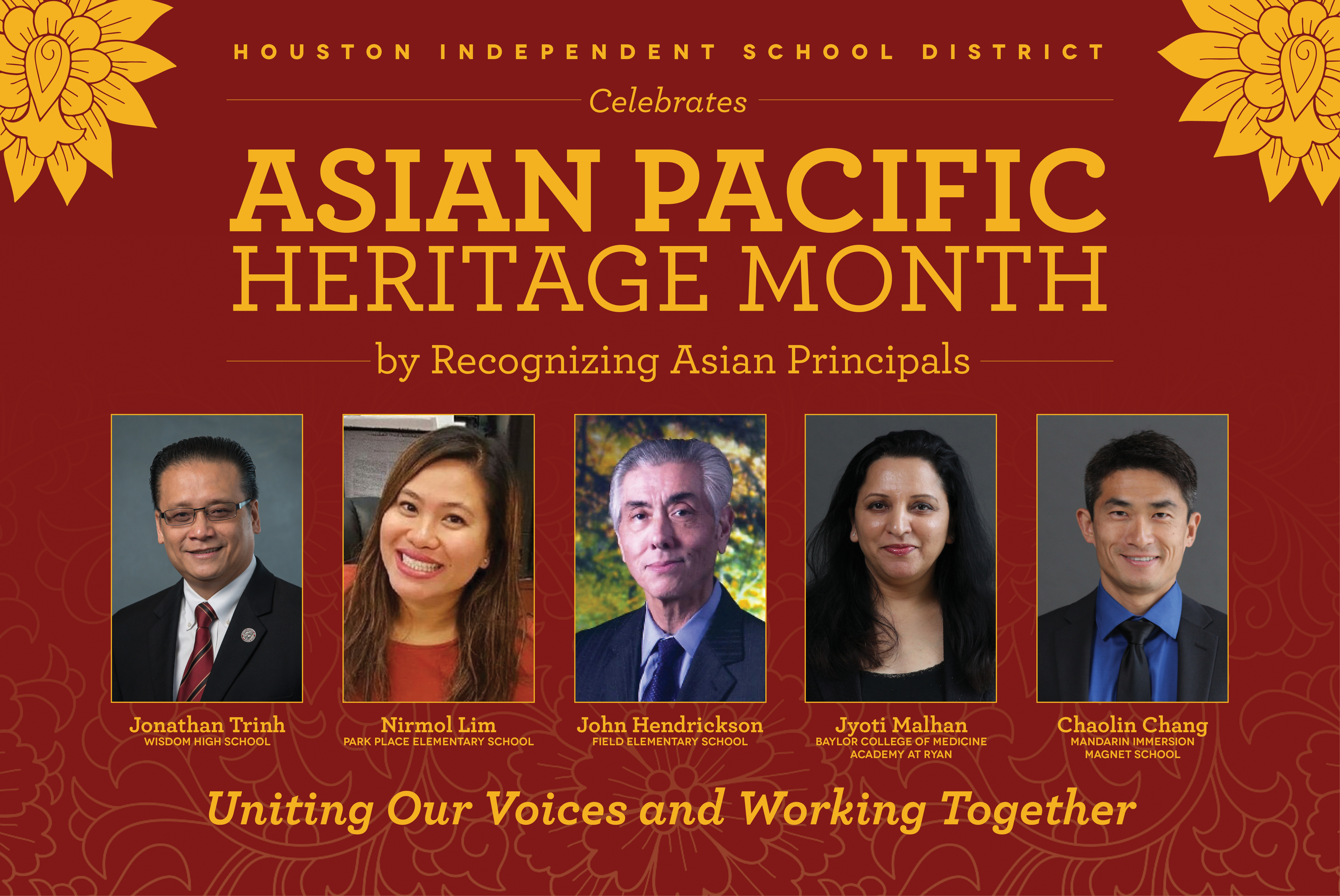 May is Asian Pacific American Heritage Month, a celebration of Asians and Pacific Islanders in the United States, and this year, HISD is honoring the district’s Asian principals.

Asian Pacific American Heritage Month originated with Congress in 1977, when Rep. Frank Horton of New York introduced a resolution proclaiming the first 10 days in May as Asian Pacific American Heritage Week, and Sen. Daniel Inouye put forth a similar resolution. Neither passed, but the following year, Horton tried again and succeeded, and a joint resolution passed by the House and Senate was signed into law by President Jimmy Carter on Oct. 5, 1978.

HISD also celebrated earlier this month at the Asian-Pacific American Heritage Celebration, which featured performances, awards, and the traditional dragon dance. The event was hosted by the Asian Advisory Committee and honored Superintendent Richard Carranza and Board of Education Trustee Anne Sung, as well as teachers Yen Trieu from Park Place ES, Sunil Dabas from Baylor College of Medicine at Ryan, and Dr. Liming Guo from Lamar HS, each of whom received a $500 cash prize.

The Asian Advisory Committee is made up of community leaders from local educational institutions, businesses, government, and faith-based organizations. Their purpose is to strengthen public support of HISD schools, increase student achievement, and encourage parental and community involvement within the Asian community. This committee was established in fall of 2005 and is one of the first ethnic advisory committees in HISD.