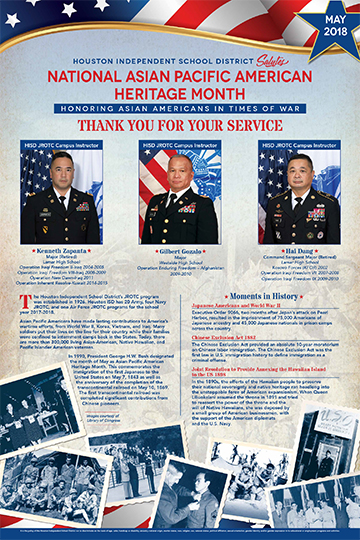 HISD Asian American activities during May

The annual Asian American Pacific Heritage Month Dinner will take place on May 16 at Kim Son near downtown. Three Asian America teachers will be honored at the celebration.

The HISD Asian Advisory Committee is overseeing the display of two exhibits at the Hattie Mae White Educational Support Center:

HISD’s Fine Arts Friday on May 11 at noon will feature the following student performances:

HISD schools are encouraged to share their Asian Pacific American celebrations by posting photographs on Twitter with the hashtag #AsianPacificHeritage.