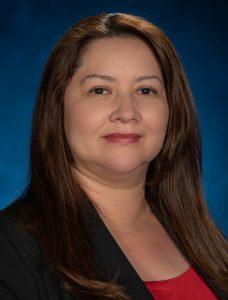 Trinh, who previously served as director of Academic Services, has more than 20 years of experience in public schools. A native of El Salvador, she came to the U.S. at 10 years old, was enrolled at HISD’s Rusk Elementary School and later attended Jackson Middle School.

Trinh served as a bilingual teacher, ESL specialist, and assistant principal in surrounding districts before joining Team HISD, where she moved into principal positions at Gordon and Park Place elementary schools. She also served as director of Elementary Transformation Schools before moving into her current role.

“I am so honored to work alongside Ms. Trinh and to have her serving in this new role,” Interim Superintendent Grenita Lathan said. “With her leadership, we were able to get 22 schools out of IR in one year. I know she will continue to support and promote efforts to improve student achievement.” 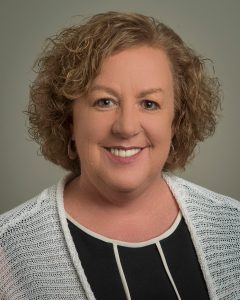 Trinh has a deep understanding of the needs of HISD students and the role education plays in breaking the cycle of poverty. She was inspired to serve as an educator after experiencing firsthand the challenges of learning a new language in a new country – and later witnessing students who were facing that same adversity.

“I knew from a very early age that education was the key to success,” Trinh said. “The road out of poverty goes right through our public schools.”

Trinh earned her bachelor’s degree in education from the University of Houston and has received multiple awards for her work, including Fort Bend ISD’s Bilingual Teacher of the Year Award and the National Excellence in Urban Education Award from the National Center for Urban School Transformation. She was featured in the U.S. Department of Education publication “K-8 Charter Schools: Closing the Achievement Gap.” Trinh was also selected by the TEA to take part in a best practices case study for her work at Park Place Elementary School.

Dimmitt, who previously served as north area superintendent, is a longtime member of Team HISD, having begun her career as an English teacher at Ryan Middle School in 1991, where she was named Rookie Teacher of the Year. She also taught at Madison High School and the Harris County Juvenile Detention Center before moving into school administration.

While under Dimmitt’s leadership as principal, Ed White Elementary and Lanier Middle School both were consistently named to the Texas Business and Education Coalition Honor Roll for student achievement.

“We are extremely fortunate to have someone with so much experience and success in HISD leading our Human Resources department,” said HISD Interim Superintendent Grenita Lathan. “I have the utmost respect for her, and I know her leadership is going to continue to be a valuable asset to our district.”

Dimmitt joined central administration in 2008 as an executive principal for the Yates and Lamar feeder pattern schools, during which time all 13 schools met state standards, and Yates High School moved from unacceptable to academically acceptable. She continued supporting HISD’s schools as a school improvement officer and school support officer.

In July 2013, she was tapped to lead the transition of the former North Forest School District into HISD, following a state-ordered closure and annexation. In the six weeks before school started, she oversaw the hiring of more than 500 new staff, including teachers and school leaders. Through her coaching and support, five of the seven North Forest feeder pattern campuses received a “met standard” rating with distinctions.

“I am honored and humbled to be given this opportunity to select high-quality staff to ensure our district’s students are afforded all the best we have to offer in HISD,” Dimmitt said. “It is my goal that every student and every employee feels valued and supported.”

Dimmitt earned a bachelor’s degree in English and a master’s degree in secondary education and public school administration from the University of St. Thomas.