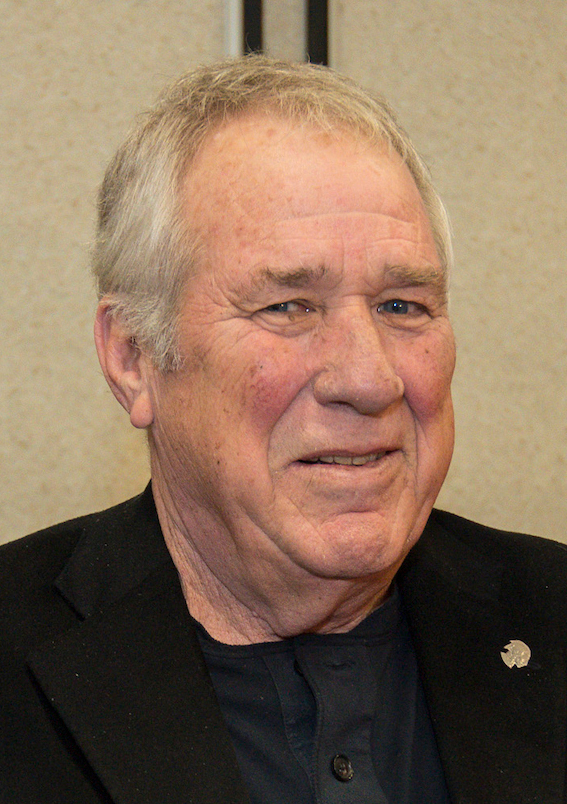 Nolen led the Lamar Texans to 308 University Interscholastic League (UIL) wins and 19 district championships. In his 33 years, the Texans made the playoffs 31 times.

“Lamar has become part of my identity,” Nolen said. “My students and coaches are my best friends. In some cases, I’ve coached them, their parents, and their grandparents. I am deeply honored to have had the privilege of working with some great athletes at a school as special and diverse as Lamar.”

While leading Lamar to the 2012 Texas 5A Division 1 Football Championship game – the first time an inner-city school had made it that far in almost 20 years – Nolen was named Coach of the Year by the Greater Houston Football Coaches Association (GHFCA), an organization which he helped found and for which he served as first president.

Nolen’s coaching philosophy is well known for going beyond the football field.

“The most notable thing about Coach Nolen is that with him, it’s always about what’s best for the kid first,” Lamar Principal James McSwain said. “He’s stood up and been an advocate for lots of kids who didn’t have one and has always maintained that it’s about what the extracurricular can do for the kid, not what the kid can do for the extracurricular.”

His solid coaching style has resulted in numerous athletes who have gone on to play in the NFL, including Brian Orakpo, Brandon LaFell, Joshua Gordon, and Holton Hill. In 2005, Nolen was voted as one of the top five high school football coaches of the year by the National Football League (NFL).

“Tommy has been a cornerstone not for only Lamar High School football, but for HISD Athletics,” HISD Athletic Director Marmion Dambrino said. “His passion for helping kids is evident by the number of players he assisted in getting to the next level. His constant presence in Lamar’s football program speaks to the phenomenal success of the program over the years.”

Prior to coaching football at Lamar, Nolen coached football at Strake Jesuit. He was the first coach inducted into the school’s Hall of Honor after guiding its football team to four Texas Christian Interscholastic League (TCIL) state championships.

The team’s assistant coach, Michael Lindsey, has been selected as the new head coach for the Lamar Texans. A former Auburn University player, Lindsey has over 15 years of coaching experience, including roles at Churchill High School (San Antonio), Friendswood High School and at Beauregard High School in Opelika, Ala., where he won a state title as a defensive coordinator in 2016.

“I am eager to continue the winning tradition at Lamar that Coach Nolen has set,” Lindsey said. “I am excited to work at developing the student athletes in our program to be champions both on and off the field.”

Media will be invited to attend a reception in Nolen’s honor that will be held at a later date.