The Houston Independent School District is announcing new area superintendents for the 2018-2019 school year to lead three areas of the district.

In HISD, area superintendents lead key areas covering all schools in the district, which are being modified from seven to six areas for 2018-2019: Achieve 180 Schools, and the North, Northwest, South, East, and West areas of the district.

“These area superintendents bring with them a wealth of experience and numerous recognitions for their leadership in HISD at the campus and district levels,” said HISD Interim Superintendent Grenita Lathan. “I am confident that under their leadership, we will keep pushing to ensure every child is supported in their journey to a quality education.”

The following individuals have been appointed to lead the Achieve 180 Schools, and West and East areas of the district: 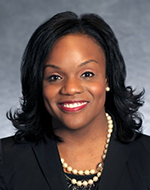 Felicia Adams has 23 years of experience in urban education and a proven track record in school improvement. She has served as a teacher, reading-teacher trainer, instructional supervisor, reading manager, and elementary and secondary principal before serving in her current role as school support officer/Achieve 180 program manager. In 2017, Adams led the work in launching the Achieve 180 program, which showed significant gains after one year of implementation.

Adams landed her first principal position at Lockhart Elementary School, which earned distinctions in both reading and math, and in the top 25 percent of students closing the achievement gap. Adams was a recipient of the HEB Excellence in Education Award in 2014. She became principal of Lanier Middle School in August 2014, and in one year, the percentage of students at Lanier Middle School performing at the master’s level showed tremendous gains in reading, math, science, and social studies. Additionally, Lanier made double-digit gains in student growth while earning all seven TEA state distinction designations. Adams also was honored with the HISD 2016 Secondary Principal of the Year award.

Adams earned a bachelor’s degree from Louisiana State University and a master’s degree from Texas Southern University. In the Fall of 2017, she earned a doctorate in educational leadership and policy from the University of Texas at Austin. She has received multiple awards and honors for her work, including the University of Texas Nolan Estes Excellence in Leadership Award, HISD Secondary Principal of the Year, finalist for TASSP Region IV Principal of the Year, HEB Excellence Award Regional Winner, Central Region New Principal of the Year, Texas Honor Roll School, Top 5 Children at Risk Ranking, Title I Part A Distinguished Performance Award, and Just for the Kids Campaign for Higher Performing Schools in Texas. 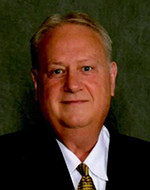 James McSwain most recently served as principal of Lamar High School and has served as a lead principal in HISD. Lamar is an International Baccalaureate World School with an enrollment of over 3,300 students. McSwain has worked for 31 years as a high school principal and 36 years in education. His experience includes rural, suburban, and urban settings with a wide range of youths, including severely at-risk and impoverished students. 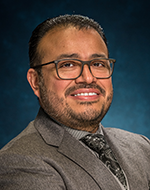 Geovanny Ponce has proven to be an innovative and knowledgeable educator for nearly two decades. His childhood experiences fueled his passion for supporting the growth of the urban child. Ponce, an immigrant from Honduras, instills collaborative leadership to ensure students from all social, economic, and ethnic backgrounds have equal access to high-quality learning opportunities.

Ponce earned his bachelor’s degree in mechanical engineering at the National Autonomous University of Honduras in Tegucigalpa, a master’s degree in educational administration and supervision at the University of Houston, a bilingual education certification from St. Thomas University, and a REEP Business Fellowship for School Leaders from Rice University. His accomplishments as a secondary school leader led him to serve as a lead principal working to support other secondary school leaders in HISD. Currently, he is working on his doctoral degree in public education at Texas A&M University and expecting to graduate in Fall 2018.