Houston Endowment informed the Houston Independent School District this week that it will release a $3 million payment for the district’s Apollo school turnaround program in January.

The Foundation deferred the final payment on its three-year, $6 million grant to the HISD Foundation pending its review of the project’s third year report by Dr. Roland Fryer of Harvard University.

END_OF_DOCUMENT_TOKEN_TO_BE_REPLACED 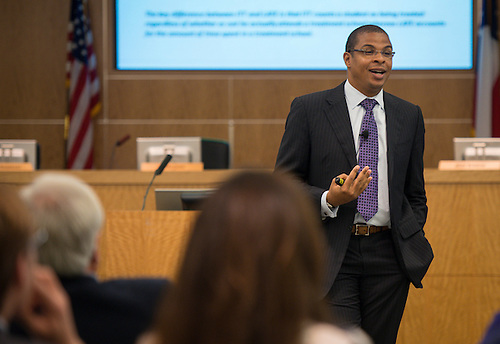 Dr. Fryer presented his research findings Wednesday to the HISD Board of Education and representatives from non-profit and business organizations. Launched in 2010-2011, the Apollo 20 program has received $16.8 million in donations to offset costs. Key findings from Dr. Fryer’s research include:

END_OF_DOCUMENT_TOKEN_TO_BE_REPLACED

Searching for innovations from charter schools was a natural fit for Houston: Two of the best-regarded charter networks, the Knowledge Is Power Program, or KIPP, and YES (Youth Engaged in Service) Prep, were founded in the city. And, because Texas is a right-to-work state, the district has more latitude than districts in some other parts of the country in shifting teachers’ workloads and instituting such controversial changes as performance pay.

A year into the three-year effort, the roughly 7,000 students in the Apollo middle and high schools have posted measurably higher results in mathematics on the Texas Assessment of Knowledge and Skills, or TAKS, compared with their previous performance. In reading, the picture is more modest: A drop in scores at the middle school level was balanced by a slight increase in high schools. (Eleven elementary schools were added to Apollo 20 in the 2011-12 school year, and their test results are not yet available.)

But the program’s supporters say the tenets of the Apollo 20 program can be a starting point for improving other schools in the district and nationwide.

“These results prove the first proof point that charter school practices can be used systematically in previously failing traditional public schools to significantly increase student achievement in ways similar to the most successful charter schools,” wrote Mr. Fryer, who is the faculty director of Harvard’s Education Innovation Laboratory, in a January 2012 progress report