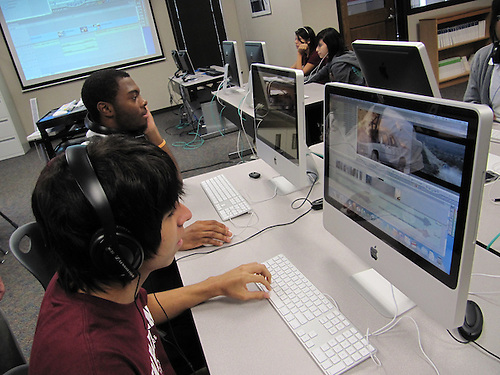 Reagan High School’s Apple Authorized Training Center is helping students who dream of working in television and film get closer to their goals.

The school offers video editing as a track in its technology magnet program.

“We determined that Apple’s Final Cut Pro was the freshest and most popular high-end video software on the market,” said Michael Shea, a teacher in Reagan’s Digital Media Center.

The school wanted students to be able to be certified in Final Cut Pro, so it embarked on a mission to become an Apple Authorized Training Center.

“As part of the process of becoming certified by Apple, I had to receive extensive training to become an Apple Certified Trainer and the school had to create a lab based on Apple’s guidelines for what a training center should be,” Shea said. “The process was very long and hard, but the results, I believe, are worth it.” 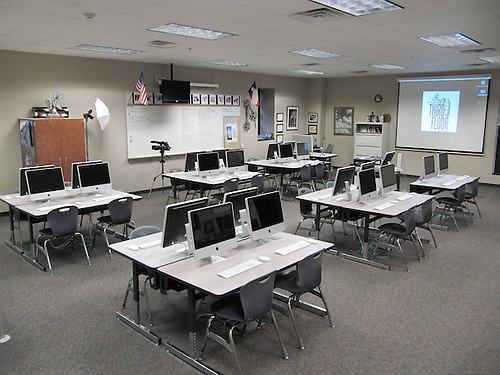 “We feel that having this certification gives students who are interested in going into the field of communication an advantage over other students in regular A/V programs,” Shea said.

Shea said some of his students have entered videos in local and state competitions and won.

“Teaching the students to become good editors through this program also leads to better video production in general,” Shea said. “Several students in my class have gotten part-time jobs editing videos for small production companies, and we are working on developing partnerships with local media outlets.”