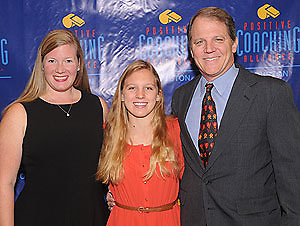 All 28 finalists were selected for their commitment to making three things better: themselves, the team, and the game. 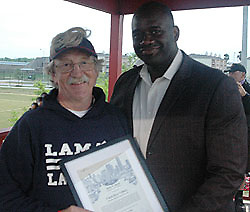 Also recognized at the Oct. 26 awards ceremony was HISD Senior IT Manager Dave Vollmer, who serves as a lacrosse coach after hours at Lamar High School. Vollmer was named the winner of the organization’s Double-Goal Coach Award in April for his positive impact on young athletes.

“David helps youth athletes win on and off the field,” said Jim Thompson, founder and CEO of the Positive Coaching Alliance. “By creating a positive, character-building sports experience and serving as a Double-Goal Coach, David helps youth develop into better athletes and better people.”

“Winning and losing isn’t as important as the effort and enjoyment that goes into it and the associations you make with your friends, teammates and opponents,” said Vollmer. “I like to let the guys know you don’t have to be the biggest, fastest, strongest, or best to be an important contributing member of the team. A lot of times today, if guys aren’t good at something right away, they don’t want to try. We let them know it’s okay to start out lesser than other guys, and it’s okay to make mistakes. Nobody ever learned anything without making a mistake.”