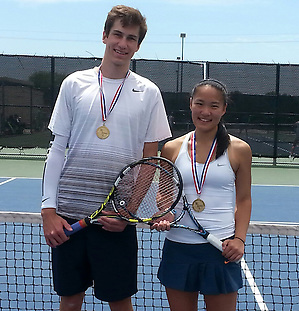 Two Lamar High School tennis players will go to Austin the last week of April for the state playoffs.

The mixed doubles team of Emily Chen and John Milstead advanced to the state quarterfinals after defeating a team from Spring Branch Memorial High School on April 16.

Emily and John’s quarterfinals game is set for Monday, April 28, at 12:30 p.m. at the Penick-Allison Tennis Center at the University of Texas in Austin. If they win, they’ll advance to the semifinals later that afternoon. The finals match will be played the following day.