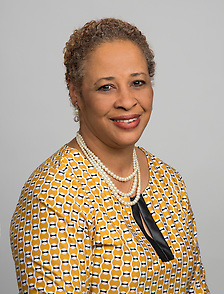 Gwen Johnson, who has served as HISD’s manager of Health and Medical Services department since 2010, is one of 100 Houston-area medical professionals being honored this month by the Houston Chronicle as a part of its annual “Salute to Nurses.”

The salute is designed to recognize local professionals who have made extraordinary contributions to nursing over the years. Only about 20 percent of nominees are included in the final 100, and the Top 10 are selected from that group.

Johnson has been a district administrator since January 2004, and during her tenure with HISD alone, she has positively affected the health of thousands of children. In 2007, she helped obtain free medical and dental services for homeless students through a contract with the city of Houston and Harris County. In 2010, she coordinated a three-year partnership with the Texas Heart Institute to provide free heart screenings to more than 3,000 middle-school students. And in the fall of 2012, she organized the screening of more than 14,000 students for vision problems, resulting in more than 1,400 new pairs of glasses.

Before returning to HISD, Johnson served as the program director for health services at Aldine ISD. She also worked as a school nurse at various Houston and Aldine ISD campuses for more than 15 years.

Johnson will be formally recognized alongside Chávez HS nurse Violet Clarke during a luncheon held on May 8. She will also be featured in a special section of the May 11 edition of the Chronicle.