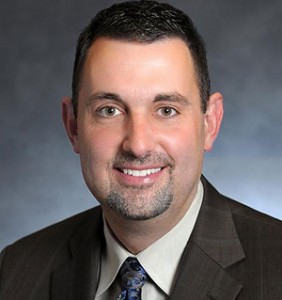 Dr. R. Scott Allen, the principal of The High School for the Performing and Visual Arts (HSPVA) was one of only 100 campus leaders from around the country to be invited to participate in at a two-day summit last week to identify solutions to close the excellence gap—the troubling disparity in academic performance between lower-income and higher-income students at advanced levels.

A number of principals formed a new organization at this landmark event, called the “Coalition of Leaders for Advanced Students Success,” whose goal is to support and advocate for high-achieving students with financial need.

“We are leaders in our communities who have a stake in nurturing talent wherever we find it and regardless of a student’s economic status,” said Dr. Allen. “We need talent to remain competitive as a nation. This summit underscored the fact that HSPVA is part of the solution.”

“This summit confirmed my belief that these leaders have excellent insights to offer policymakers at all levels of government,” said Harold Levy, executive director of the Jack Kent Cooke Foundation and former chancellor of New York City Schools.

The creation of HSPVA in 1971 represented the first attempt by any public high school in the nation to correlate an academic program with concentrated training in the arts. It was one of only three public schools in the nation to offer programs in both the visual and performing arts, and the first such institution in the Southwest. HSPVA is fully accredited and offers the same academic curriculum and graduation requirements as all HISD high schools.